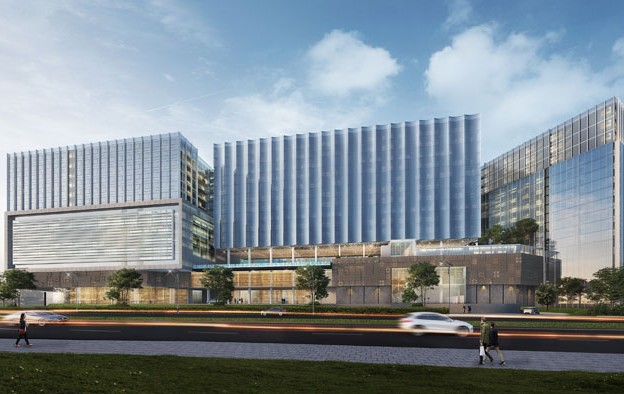 The promoter of a new US$1.5-billion casino resort and theme park planned for Manila has issued a clarification on activity occurring at its site, after a local news outlet published an editorial saying that concrete-making at the plot was at “full steam”.

Questions have been raised locally regarding the land for the scheme, a venture dubbed by the promoter as “NayonLanding” (pictured in an artist’s rendering). On August 7 – the same day that the developer held a ground breaking ceremony - it emerged that President Duterte had dismissed the entire board of the Nayong Pilipino Foundation – a body controlled by the Philippine government – that leased the land for the casino project to Landing Resorts Philippines Development Corp, a subsidiary of Landing International.

It later emerged that the Philippines’ Department of Justice had ordered the Office of the Government Corporate Counsel to review the land lease contract. Landing International has stressed for its part that the land deal was still “valid and effective”.

A Landing International representative said in a Monday email to GGRAsia regarding on-site activity: “Other than [putting up] site hoardings and clearing the land, we have not commenced any construction works since our ground breaking on August 7.”

The person added: “The construction equipment that the news article referred to including the bulldozers, cement mixers, [and] batching [cement-making] plant belong to another adjacent site, which is unrelated to us.”

Subsequent to receiving the statement, GGRAsia asked Landing International to clarify its planned timetable for construction. It said it had “no comment at this stage” but stated it aimed to  “maintain” the 2022 target for launch it had mentioned previously.

The decision by the Macau government to grant fresh 10-year licences to each of the city’s six incumbent casino operators has been welcome by top management at those firms. Each of the concessions... END_OF_DOCUMENT_TOKEN_TO_BE_REPLACED