Landing Int in deal to dispose of London casino 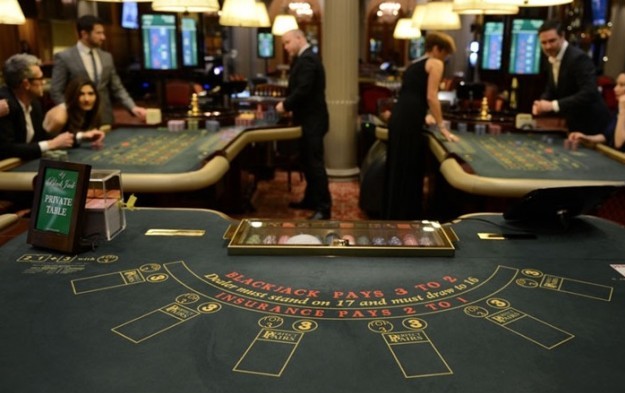 The disposal involves an aggregate consideration of HKD2.5 billion (US$320.0 million), said Landing International in a Thursday filing. “Based on the latest figures as at the date of this announcement, the group estimates that it will record a gain before tax and consideration of other transaction costs of approximately HKD500 million from the disposal, representing a return on investment of approximately 30 percent to 35 percent expressed as the ratio of estimated gain over initial acquisition consideration,” the company said.

The buyer was identified in the filing as Paul Suen Cho Hung and is considered not connected to the company and its connected persons as defined in the Hong Kong bourse rules. The filing did not provide further detail on Mr Suen but media reports have identified him as a Hong Kong investor who acquired last year English football club Birmingham City.

Landing International also owns and operates a casino on the South Korean holiday island of Jeju. The facility is branded Landing Casino and located at the Hyatt Regency Jeju Hotel. The firm is developing a second casino project in Jeju. The Jeju Shinhwa World complex had its initial-phase “grand opening” in April, with the launch of a 344-unit serviced resort condominium called Somerset Jeju Shinhwa World.

The firm plans to relocate Landing Casino from its present location to Jeju Shinhwa World as one of the core facilities within the resort. If the relocation plan is successful, Landing Casino will feature 150 tables and 185 slot machines, compared to the existing 28 tables and 16 slots.

The gambling club features 45 gaming tables offering a variety of games including roulette, baccarat, blackjack and three-card poker, the company stated in its latest filing.

Les Ambassadeurs generated revenue of HKD427.9 million in the first half of 2017. It reported net profit after tax for the same period of HKD28.4 million, Landing International said.

“While [Les Ambassedeurs] performed well in 2016 and the first half of 2017, the directors consider that this opportunity to divest… of the [property] is in line with the company’s latest business focus and represents a good return for the shareholders,” Landing International stated in its filing.

The company added that the “significant expected gain on the disposal” would “strengthen the group’s cash flow and working capital position to enhance its ability to focus on the development of Jeju Shinhwa World while remaining in a good position to invest in any opportunities with good prospects.”

Landing International stated last week it would require at least US$1 billion more in funding to complete the Jeju Shinhwa World.

On Monday, representatives from Landing International met Philippine President Rodrigo Duterte to discuss the possibility of developing a “theme park integrated resort” in that country. A press release from the firm – which is also a mainland China real estate developer – made no reference to a potential location for the project, nor whether it would have a casino.

Slot-machine maker and game-content provider Aristocrat Leisure Ltd says it has completed the acquisition of Roxor Gaming Ltd, a game developing company based in London, in the United Kingdom. The... END_OF_DOCUMENT_TOKEN_TO_BE_REPLACED