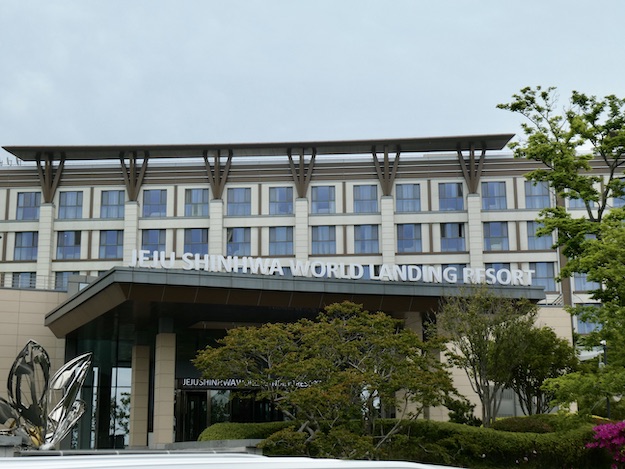 The vote took place on Tuesday during a special general meeting, the firm said in a filing.

It added further announcements would be made about “the effective date” of the name change, and regarding “details of the new stock short names of the company for trading of the shares on the stock exchange, [the] new logo and new website address of the company”.

The company had said in late October it planned the name swap to ‘Shin Hwa World Ltd’, as the board thought it would “better reflect the current status of the group’s business development and its direction of future development”.

“The proposed change of company name can provide the company with more accurate corporate image and clearer identity,” it added at the time.

Earlier this month, Landing International said it had decided to “suspend all administrative and executive duties and powers” of Yang Zhihui as the company’s chairman and executive director, from November 18 until further notice. Mr Yang is also the firm’s majority shareholder.

Landing International said the decision was due to a court petition against Mr Yang submitted by the Securities and Futures Commission of Hong Kong, regarding the businessman’s role in a separate Hong Kong-listed company.

The firm reported in August a net loss of nearly HKD105.4 million (US$13.4 million) for the first half of this year, compared with a HKD623.7-million loss a year earlier.

International casino operator Las Vegas Sands Corp has been ranked as the most sustainable firm in the global casino sector, according to the 2023 edition of the S&P Global Sustainability... END_OF_DOCUMENT_TOKEN_TO_BE_REPLACED