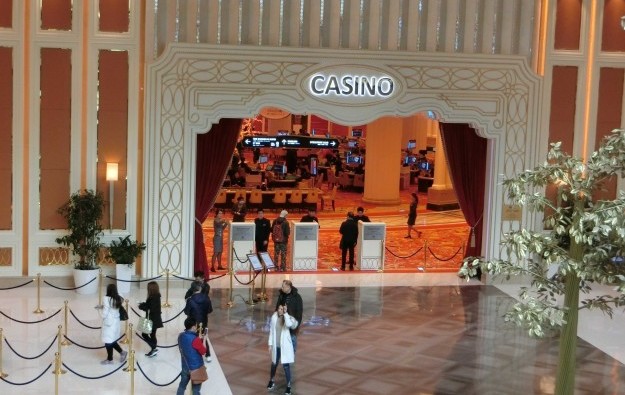 Asian casino developer Landing International Development Ltd is seeking to raise HKD137.1 million (US$17.7 million) in funding – net of expenses – via a share placement exercise. Separately, the company reported a net loss of HKD2.13 billion for full-year 2019, up 204 percent from the previous year.

In a Monday filing to the Hong Kong Stock Exchange the company said the money raised via the share placement exercise would be used for “general working capital of its gaming business and integrated leisure resort in Jeju Island, South Korea and interest expenses.”

The effects of the Covid-19 pandemic have led to market-wide temporary closures of casinos in key gaming jurisdictions in the Asia-Pacific region, including in South Korea. Landing Casino however remains open, GGRAsia confirmed on Tuesday by telephone.

Monday’s filing said that on the same day after stock market trading the group clinched an agreement to have placed nearly 587 million placing shares at HKD0.235 each. They would be offered to at least six parties described as third parties relative to the company.

In a separate Tuesday filing, Landing International said the increase in the group’s net loss in 2019 was mainly attributable to a significant decrease in net revenue from its gaming business. Other factors included: a fair value loss of investment properties; a decrease in interest income and increase in finance costs; an increase in depreciation charges due to progressive opening of various facilities at its Jeju Shinhwa World complex; and an impairment loss of trade and other receivables.

Group-wide revenue in 2019 fell 61.1 percent year-on-year, to HKD815.5 million. Gaming revenue for the reporting period stood at HKD213.1 million, down 85.7 percent compared with nearly HKD1.49 billion in the whole of 2018, according to Tuesday’s filing.

Landing International’s gaming segment recorded a loss of HKD469.0 million in 2019, compared with a segmental profit of approximately HKD83.0 million in the prior year. Landing Casino currently operates 155 gaming tables, and 239 slot machines and electronic table games, according to the latest filing.

Landing International stated in Tuesday’s filing that the group’s business “will be inevitably affected” by developments related with the Covid-19 pandemic, namely due to widespread restrictions regionally and globally on tourism and travel.

The company also gave some commentary on its planned Philippines casino resort. In July 2018 the group’s wholly-owned subsidiary, Landing Resorts Philippines Development Corp, had been granted a provisional licence from the local regulator, the Philippine Amusement and Gaming Corp, for a resort at Entertainment City in Manila. Landing International held a ground-breaking ceremony for the casino project in August last year, but the land lease for such project was later declared void.

In September last year, Landing International said it had been given 180 days to find an alternative site for a casino resort it planned for the Philippine capital, or it would risk having its provisional gaming licence for that country revoked or suspended.

“As of 31 March 2020, the company has yet to identity a lease for the development of integrated resort and no formal notice has been received by the group from Pagcor upon the lapse of the said 180-days period,” said the Hong Kong-listed firm in Tuesday’s filing.

On March 19 trading in the group’s stock had been suspended for 24 hours pending an announcement that a claim of receivership of some other – privately-held – shares related to the overall ownership entity of the group had been “discharged” and those shares released.

SOFTSWISS Jackpot Aggregator is cooperating with Curaçao-licensed Spinago to launch the latter’s worldwide jackpot campaign for the online gaming sector. The information was given by SOFTSWISS, a... END_OF_DOCUMENT_TOKEN_TO_BE_REPLACED