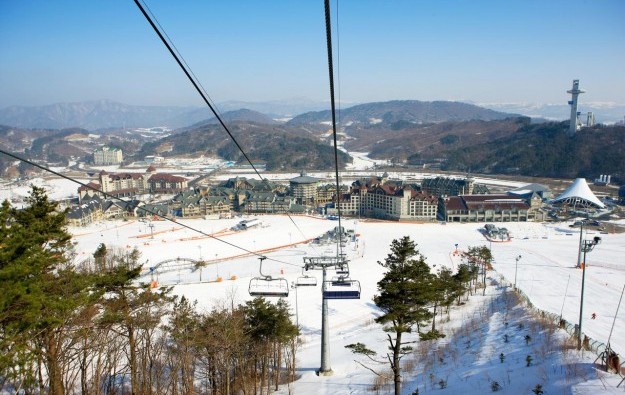 Mainland China real estate developer Landing International Development Ltd is to run a new casino in South Korea, it said in a filing on Monday. The Hong Kong-listed firm will pay HKD868.7 million (US$112 million) for Wealth Seed Group Ltd, which operates – via a Korean subsidiary – the foreigners-only Alpensia casino at Holiday Inn Resort in Pyeongchang.

Pyeongchang, in the country’s Kangwon province, will host the Olympic Winter Games in February 2018.

The payment will be settled by a deposit of HKD210 million and the issue of 3.6 billion shares of Landing International to the vendor – Jumbo Prize Ltd – at HKD0.181 apiece, a discount of 19.56 percent to the closing price in Hong Kong trading on December 12.

The assets to be acquired are the entire issued share capital of the target company, the customer list and all loans done by the vendor to Wealth Seed Group, Landing International said. The deal should close by February 28, 2015 “or such later date as the company and the vendor may agree in writing”.

According to the filing, Alpensia casino has a total of 16 gaming tables, including nine baccarat tables, and 42 slot machines. Landing International said it plans to expand the casino from the existing 16 to 70 gaming tables.

The Alpensia resort (pictured), featuring skiing and other tourism attractions, is also the main venue for the 2018 Winter Olympics and Winter Paralympics, the firm said.

“Korea has been the group’s focus of business development and investment since the fourth quarter of 2013,” Landing International said in Monday’s filing.

“The acquisition offers a valuable opportunity for the group to broaden its market share in the casino industry in Korea, and to diversify its investments from Jeju Island to Kangwon province,” it added.

The Chinese real estate developer is partnering with Genting Singapore Plc, a subsidiary of Malaysian conglomerate Genting Bhd, to build a US$2.2 billion casino resort on South Korea’s Jeju Island, expected to break ground by the second quarter of 2015.

In a separate deal, Landing International and Genting Hong Kong Ltd have announced the establishment of a 50-50 joint venture to operate an existing foreigners-only casino at Hyatt Regency Jeju hotel.

South Korea bars its citizens from gambling in casinos except at Kangwon Land, 150 kilometres (93 miles) southeast of Seoul in Kangwon province.

The gambling boom in South Korea seems to be gathering pace, as the government plans to encourage the development of the industry and casino operators step up efforts to attract Chinese tourists.

The Korean government designated the Yangyang International Airport in Kangwon province as one of two visa-free entry points for Chinese tourists – the other is Jeju Airport.

Since April 2014, a group of three or more Chinese visitors can get a 72-hour visa-free entry at the Yangyang International Airport, which is served by chartered flights from 12 major cities in China, including Beijing, Shanghai and Guangzhou.

“It is believed that the group can leverage on the prime location of the casino and the enormous marketing opportunity from the 2018 Pyeonchang Winter Olympics and raise the operation efficiency and profitability of the casino business,” Landing International said.

It added: “The acquisition (if completed) will increase the group’s market shares and branding in the Korean casino industry, which will foster a positive synergistic effect on the other businesses of the group in Korea.” 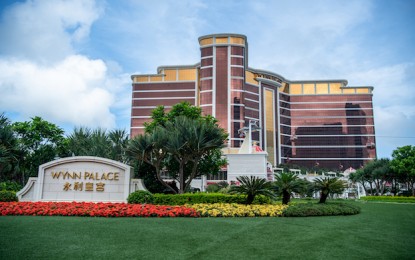 Casino operator Wynn Resorts Ltd plans to spend between US$50 million and US$220 million in capital expenditure (capex) in Macau during the current year. The investment is part of the minimum... END_OF_DOCUMENT_TOKEN_TO_BE_REPLACED