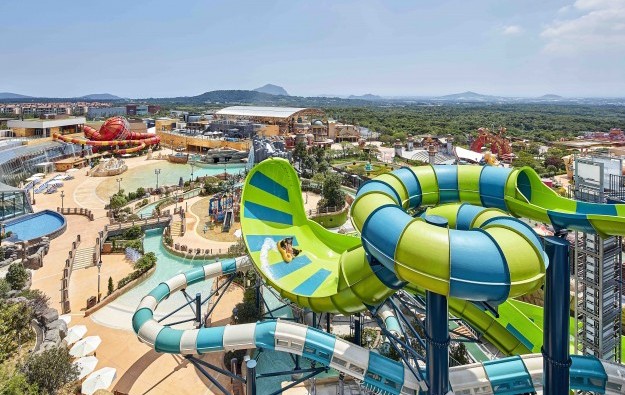 An outdoor entertainment area called “Shinhwa Waterpark” is to open at the Jeju Shinhwa World casino resort on Friday (August 3). The new non-gaming feature at the resort on Jeju island, South Korea, spans a total area of 17,792 square metres (192,000 sq. feet) and is able to accommodate “up to 3,400 people”, according to property promoter Landing International Development Ltd.

Landing International is launching on the same day an exhibit at the resort of characters from “Transformers”, a series of American sci-fi fantasy action films. The showcase, dubbed “Transformers Autobots Alliance”, features a total of eight exhibition halls and is said to include interactive elements.

Landing International eventually opened the resort’s casino on February 25 this year. The firm previously operated a casino at the Hyatt Regency Jeju Hotel, a property located in a different part of Jeju Island from Shinhwa World complex.

Landing International is looking to open a self-branded hotel at the resort under the moniker Jeju Shinhwa World Shinhwa Resort – featuring approximately 540 rooms – later this year, the company representative told GGRAsia. By 2020, the group aims to open a Four Seasons Resort and Spa, with about 200 guest rooms, and a theme park called Lionsgate Movie World.