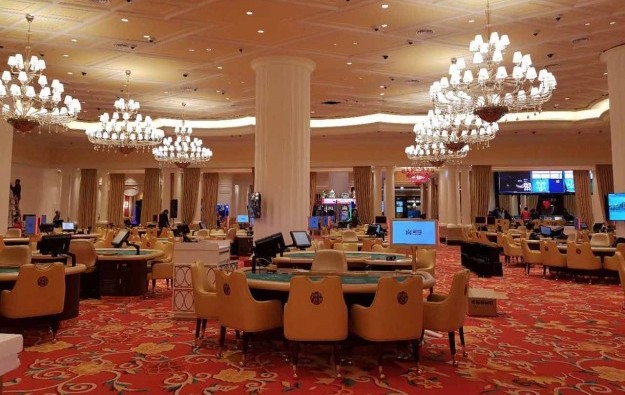 Casino investor Landing International Development Ltd reported a net loss of nearly HKD835.6 million (US$106.5 million) for the first six months of 2019, as gaming revenue for the period declined sharply.

Revenue in the first half of 2019 stood at HKD347.4 million, 80.2 percent down compared to the prior-year period, Landing International said in a Friday filing. The decline was mainly due to a slump in gaming revenue for the period, down 94.3 percent year-on-year to HKD79.8 million.

In the six months ended 30 June 2019, non-gaming revenue was approximately HKD267.6 million, a decline of nearly 23.0 percent from a year earlier, said the company.

In Friday’s filing, Landing International said other factors had contributed to its first-half net loss, including: a decrease in revenue from sales of residential properties; a decrease in interest income and increase in finance cost; and an increase in amortisation and depreciation charges due to “progressive opening” of various facilities at Jeju Shinhwa World.

Landing International’s gaming business segment recorded a loss of just above HKD212.3 million in the first six months of 2019, compared to a segmental profit of nearly HKD754.8 million a year ago.

Jeju Shinhwa World generated segmental revenue of approximately HKD182.2 million in the period, up 11.1 percent from the prior-year period. But the casino resort still posted a segment loss of nearly HKD513.5 million, an increase of 64.1 percent in year-on-year terms.

The casino investor confirmed to GGRAsia in April that three senior executives associated with the launch in February last year of operations at Jeju Shinhwa World had left the group.

The accommodation at Jeju Shinhwa World has been expanding “progressively” since 2017, with the resort complex now offering more than 2,000 rooms and suites, said Landing International in its Friday statement. The latest addition was the Shinhwa Resort with more than 500 rooms, which opened on July 29, stated the company.

The Hong Kong-listed company said it would “regularly organise regional and global poker and baccarat gaming tournaments” as part of its efforts to promote and position Jeju Shinhwa World “as a desirable destination resort”.

It added: “Intensified marketing promotions, events, reward scheme, competitive mass and VIP gaming programmes will [be] launch[ed] to energise the business in [the] second half of the year.”

Landing International said also that it would continue to “to seek for other suitable business opportunities” to expand its business.

In Friday’s filing, the company told the stock exchange: “As at the date of this announcement, the company has not received any official decision from the government of the Philippines regarding this matter.”

South Korea on Thursday said it would from June 1 resume issuing short-term tourism visas for trips to the country’s mainland, for individual visitors and groups of tourists. Permits for... END_OF_DOCUMENT_TOKEN_TO_BE_REPLACED