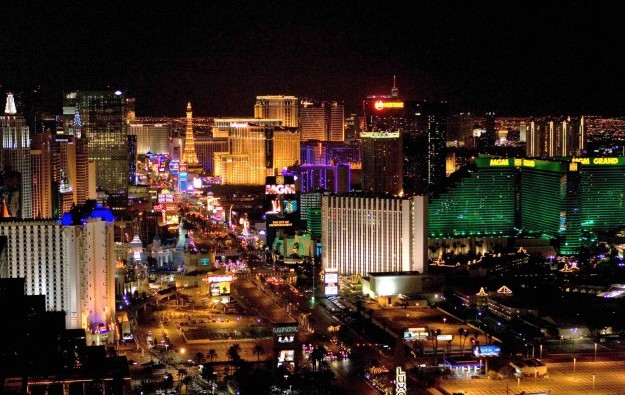 Net income from all operations among the licensed Las Vegas Strip casinos that annually gross more than US$1 million in gaming revenue was up 191.4 percent in the 2017 fiscal year to June 30 over the previous year, to US$814 million.

Large properties on the Las Vegas Strip (pictured) recorded a 3.9 percent year-on-year increase in total revenue including for rooms, food and beverage, and gaming, to nearly US$17.8 billion. Gaming revenue from those venues expanded by 3.1 percent during the period, to US$6 billion.

In downtown Las Vegas, those casinos grossing US$1 million or more reported net income of US$110.3 million from all operations in the period, a 111.3-percent increase from fiscal 2016. Total downtown aggregate revenue was up 10.3 percent to US$1.2 billion, and gaming revenue rose 11.6 percent to nearly US$613.2 million.

On the other side of the country, the East Coast gaming hub of Atlantic City, New Jersey, recorded among “current” casino operators a casino win aggregate of US$2.4 billion for the calendar 12 months to December 31, an increase of 5.8 percent compared to the same period last year. Those numbers were given in a Friday release by the New Jersey Division of Gaming Enforcement.

A casino cruise brand reportedly controlled by Malaysian entrepreneur Lim Kok Thay is to launch services from Singapore fewer than five months after the Lim family-founded Dream Cruises brand of the... END_OF_DOCUMENT_TOKEN_TO_BE_REPLACED