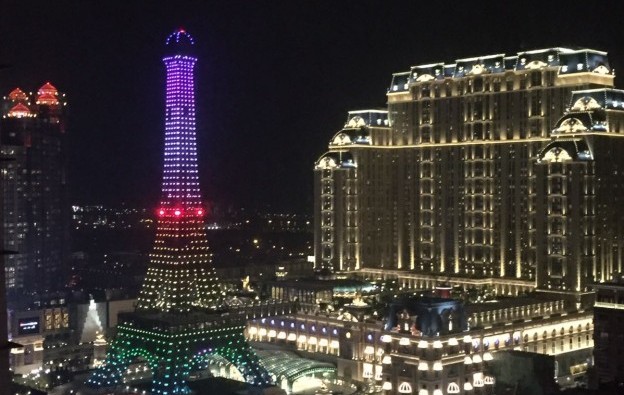 U.S.-based casino operator Las Vegas Sands Corp reported an increase in company wide third quarter revenue, on what it said was a strong performance from its Macau unit, Sands China Ltd, following the opening of its latest resort, the Parisian Macao (pictured).

Operating income in the third quarter decreased 2.6 percent from the prior-year quarter, to US$719.6 million. The company said the decrease was a result of higher pre-opening, depreciation and amortisation expenses during the third quarter of 2016, “partially offset by stronger results across the company’s Macau and Las Vegas property portfolios”.

“We are pleased to have continued to execute our strategic objectives this quarter and to have delivered a solid operating performance in each of our markets,” said Sheldon Adelson, chairman and chief executive of Las Vegas Sands.

He added: “Importantly, the operating environment in Macau continued to improve during the quarter, particularly in the mass segment, as the Macau market exhibited growth in total gaming revenue, overnight visitation, and length of stay.”

The Macau portfolio generated US$628.5 million in adjusted property EBITDA, an increase of 15.3 percent over the same quarter last year, said the parent company.

The firm’s third quarter results included 18 days of operation of the Parisian Macao, a property that features a half-sized replica of the Eiffel Tower. The new casino resort opened in Macau’s Cotai district on September 13, with a total investment of approximately US$2.9 billion, inclusive of payments made for the land premium and pre-opening costs.

Speaking on a conference call with analysts following the third quarter results announcement, Mr Adelson said that the company’s properties in Macau continued to see positive year-on-year growth in mass gaming revenues in the third quarter.

“Our mass table revenues grew by 6 percent year-over-year, the first quarter of positive growth since the third quarter of 2014. This growth rate accelerated to 15 percent in the month of September, as we benefited from the strong opening of the Parisian Macao,” said the Las Vegas Sands’ CEO.

Mr Adelson confirmed on the call that an air-conditioned bridge that will link the Shoppes at Four Seasons to the Parisian Macao is scheduled to open by the end of November.

“Most importantly … there appears to have been very little, if any, cannibalisation of the existing Sands China assets. We would attribute this in part to significant pre-opening marketing, as well as the likely capture of a greater wallet share of Sands China customers staying on Cotai,” said analyst Grant Govertsen in a note on Thursday.

On the call with investors, Las Vegas Sands said it saw a 19 percent increase in visitors to its Macau properties in September, compared to the same month last year.

In Singapore, where Las Vegas Sands developed and operates the Marina Bay Sands, adjusted property EBITDA was US$390.7 million in the third quarter, compared to US$389.7 million a year earlier.

Casino revenue at Marina Bay Sands increased 1.1 percent year-on-year to US$591.4 million in the three months to September 30.

In the company’s home market of Las Vegas, adjusted property EBITDA increased by 6.9 percent year-on-year to US$85.3 million. Revenue for that market declined by 0.6 percent from the prior-year period, to US$383.2 million.

A committee of the Thai National Assembly looking at the issue of casino resorts for that nation has suggested it could be viable to have five, spread across the country, as localised drivers of... END_OF_DOCUMENT_TOKEN_TO_BE_REPLACED