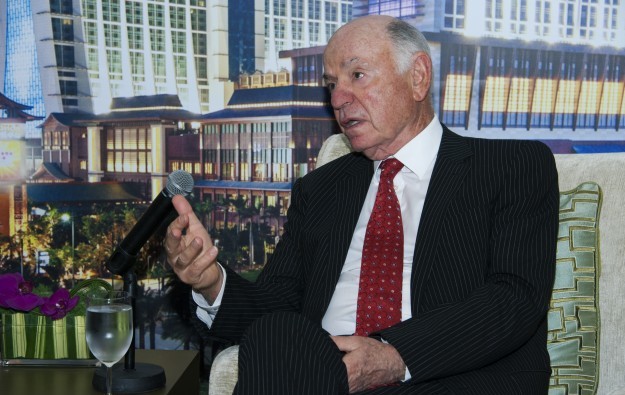 Las Vegas Sands Corp announced that Michael Leven (pictured), the company’s president and chief operating officer, will retire when his contract expires at the end of this year.

Mr Leven will continue to serve as a member of the Las Vegas Sands and Sands China board of directors upon his retirement.

“On behalf of the entire LVS family, I want to convey our deepest appreciation for Mike’s tireless work and dedication during his tenure,” Sheldon Adelson, chairman of Las Vegas Sands, said in a statement.

“Mike started in this role at one of the most challenging times in our company’s history and we appreciate his efforts and leadership in helping LVS experience unprecedented success as we’ve grown,” he added.

The casino operator said a board-led committee is responsible for overseeing the search for a president and chief operating officer for the company and will recommend a candidate for consideration and approval.

“I’m grateful to Sheldon and his family for allowing me to help him lead the company during such a tremendous period of growth,” Mr Leven said in the statement.

I’ve enjoyed working with the finest team in the industry and look forward to continuing to serve the company, its shareholders and its team members from my position on the board of directors,” he added.

In the statement, Las Vegas Sands said Mr Adelson “has no plans to slow down, step back, or relinquish his CEO title and role”.

That follows a report from Wall Street Journal, which suggested he might give the CEO title to whoever replaces Mr Leven.

“I am as bullish about this company as I’ve ever been, and I have no plans of slowing down or passing the CEO title or job to anyone,” said Mr Adelson. “I am intently focused on building on the momentum we have established over the past several years,” he said.

The imminent return of package tours from mainland China will not only help boost Macau’s tourism businesses, but is also expected to help casinos gain more foot traffic in their mass gaming... END_OF_DOCUMENT_TOKEN_TO_BE_REPLACED