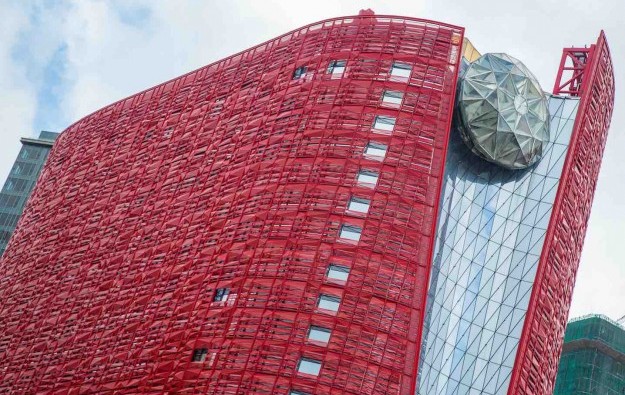 Hong Kong-listed The 13 Holdings Ltd has revised yet again the opening date for its hotel project on the Cotai-Coloane border. It is now aiming at June 30.

Several previous deadlines declared by firm have already been missed. In late January it said it hoped to launch the hotel “on or before” April 30.

In a February filing it stated that a casino at The 13 Hotel might open by March 31, 2019 along with some shops at the complex.

Last week, Lawrence Ho Yau Lung, chairman and chief executive of Macau casino operator Melco Resorts and Entertainment Ltd, was asked by local media whether his firm would supply its gaming licence and gaming table quota to enable gaming operations at The 13 Hotel under a so-called service agreement.

He said “it doesn’t really matter” whether The 13 Hotel had a “contract” with Melco Resorts or another Macau casino operator, as The 13 Hotel would have first to obtain Macau government approval for casino gaming.

The 13 Holdings said in a Tuesday filing that the latest revision to the hotel timetable was due to “unexpected time required for mobilising certain contractors, suppliers and vendors.”

It said that from the date of the announcement until mid-May, the group would complete the “remaining works and installation offurniture, fixtures and equipment and operating supplies and equipment for inspection by the Macao Government Tourism Office (MGTO)”, the local government body responsible for hotel licensing.

In mid-May, it expected there would be an MGTO inspection, with a licence in likelihood issued by mid-June. From then until the end of the month, there would be preparation work for the hotel opening.

In another filing on Tuesday, The 13 Holdings said that – via a complex transaction involving several offshore-registered firms and the sale of shares valued at HKD300 million (US$38.2 million) held by an entity called The 13 (BVI) Ltd – the group responsible for constructing The 13, Paul Y. Engineering Group Ltd, would become a “connected person” to The 13 Holdings under the Hong Kong listing rules.

That filing said that the total contract amount for the hotel work was just under HKD3.85 billion, and that “as at the date of this announcement, there were variation order works” of  just under HKD1.39 billion.

The Macau government announced on Tuesday tightening of its Covid-19 testing requirements for front-line casino staff, halving the interval between nucleic acid tests to every two days, from every... END_OF_DOCUMENT_TOKEN_TO_BE_REPLACED