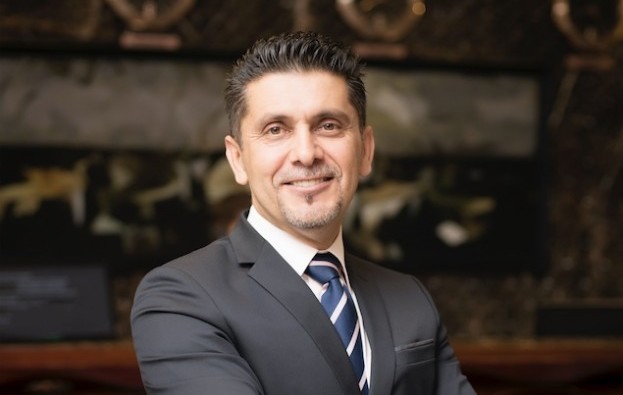 Summit Ascent Holdings Ltd, the lead developer of the Tigre de Cristal casino resort in the Russian Far East, has seen a substantial increase in the number of visitors and in its casino business since it opened in October 2015. The Hong Kong-listed investor says it is encouraged by the support given by local authorities and by the master plan for the new gaming and entertainment zone.

“Some of the major obstacles we had at the beginning was the perception of the local market towards casinos. When we first opened, our visitation from the local market was very low and the playability was not there, and we were relying heavily on the junket market,” said the firm’s chief operating officer for Russian operations, Stylianos Tsifetakis (pictured).

He was referring latterly to an initial scarcity of players on the main floor of the casino. That situation had now improved, he added.

“After three years of operation, we see that the majority of our revenue actually comes from the local market, rather than the junket segment,” the executive said in an interview with GGRAsia at Tigre de Cristal.

Tigre de Cristal is currently the only casino property in operation in the Primorye Integrated Entertainment Zone (IEZ), a casino development area located 50 kilometres (31 miles) from Russia’s Pacific port city of Vladivostok. The Primorye IEZ is being promoted by Primorsky Krai Development Corp, a government-owned company under the Department of Tourism of Primorsky.

Summit Ascent reported total revenue of HKD207.8 million (US$26.5 million) for the first six months of 2018, a modest increase of 1.5 percent from HKD204.6 million in the prior-year period, the company said in September. The casino investor posted a net profit of HKD2.6 million for the first half of the year, compared to a loss of approximately HKD5.4 million a year earlier.

Mr Tsifetakis said the company – and the authorities promoting the Primorye IEZ – had respectively been learning things since Tigre de Cristal opened three years ago.

“In the beginning, some of the challenges we faced had to do with legislation, [and] cooperation with the local and federal governments,” explained the COO. “That has changed completely, as they are very supportive; things now happen much faster and they have now a better understanding of the casino business.”

He added: “We need to have stability – especially in terms of legislation, so that it doesn’t change very often. We have several discussions with the authorities and they understand that stability is a must for the development of this industry.”

The improvement in the half-year results was despite a decline in rolling chip volume in the firm’s VIP business. Rolling chip turnover in the first half of 2018 stood at HKD6.51 billion, down 22.6 percent from the year-ago period.

The growth in the mass-market segment however offset the decline in the VIP business, becoming the main revenue contributor for the property. Mass-table business saw “a significant improvement” with revenue increasing by 47 percent year-on-year to HKD83.5 million in the six months to June 30.

Mr Tsifetakis acknowledged that the junket segment “was a completely new territory” when the company launched its operations, and junket operators were in turn “not aware of the Russian market”.

“Now we see that the perceptions have changed completely, and we continue to develop both the VIP and the mass-market segments,” the executive told us.

The company said in its interim report that it had been “under increasing pressure” from junket agents currently working at Tigre de Cristal, “requesting higher levels of rebates”. Summit Ascent said that instead of “giving in to such pressure”, it decided to focus its efforts on developing its own premium mass business.

In the interview with GGRAsia, Mr Tsifetakis said the company was able to “reach an agreement” with some of its existing junket partners, as well as to “bring on new [junket] operators”.

The Tigre de Cristal executive said that despite the significantly better performance of the VIP segment so far in the second half of this year, the company “still expects to post a slight decline this year in terms of VIP revenue”.

The casino resort currently offers nine VIP rooms, each operated by a junket agent. “They [junkets] now understand better this market and the benefits of having a presence here,” he noted. The COO said the company would “announce soon the names of the new junket partners”.

Mr Tsifetakis added: “We have different agreements with our junket partners, depending on the value that they bring into the business. Taxation here is very low – because we are not taxed on gross gaming revenue (GGR) – and that allows us to remain competitive.”

Currently, Tigre de Cristal offers 333 slot terminals and it has just increased to 64 the number of gaming tables, according to the executive.

Tigre de Cristal has seen growth in every tier of its mass-market segment, “from grind to premium mass,” said the firm’s COO. “The growth in the local market is sustainable – over a long period of time – because it’s much more stable compared to the VIP segment,” he added.

Mr Tsifetakis said that for the local industry to develop steadily in the gaming segment, the existing legislation “would need to be amended”.

One example he said, might be “to consider if it is necessary to keep a system where customers have to register if they want to enter the casino, which creates a bit of a barrier. I hope that at some point we might be able to change [this specific requirement].”

The executive explained that the firm would “probably keep tweaking” its gaming floor “to add more and different games as they become more popular” among its customers. “Since we opened, we have been learning about the preferences of our customers, because this [gaming] market is very specific,” he added.

The property’s “big expansion” however will happen with the opening of phase two of Tigre de Cristal, said Mr Tsifetakis.

The first stage of phase two is going to be an investment of US$250 million to US$300 million, adding hotel rooms, a gaming venue, conference space and restaurants, and a large shopping mall, according to the company. The firm is targeting an opening in late 2020 or early 2021. The entire second phase has a price tag of US$500 million, according to Summit Ascent.

In the meantime, the operator will be adding a number of villas and serviced apartments to the property next summer.

The executive said he expected the gaming market at Primorsky “to be completely different in two to three years”.

“We have achieved a lot so far, but as soon as the other operators open their properties, the better it is going to be for everybody,” Mr Tsifetakis told GGRAsia.

Authorities expect to see the benefits of a “cluster effect” as early as 2021, as two other properties are due to open at the Primorye IEZ, in addition to Tigre de Cristal’s expansion.

“The area [Primorye IEZ] will be much more attractive, especially for foreign customers. The sooner the cluster effect is created, the better it will be,” said the COO. “We know that we are going to lose part of our local market, but from the beginning the strategy for this place was to try to attract the 400 million people that live in the neighbouring regions.” That was a reference to the markets of China, South Korea and Japan.

Mr Tsifetakis added: “There has been a lot of effort – from us and the local authorities – to try to attract people from neighbouring countries to Primorye, and I think that will be easy to do once we have a cluster with five or six properties in this area.”

Casino operator Melco Resorts and Entertainment Ltd announced on Thursday that it would launch at the end of June a new, themed zone for “family-friendly” entertainment at its majority-owned... END_OF_DOCUMENT_TOKEN_TO_BE_REPLACED