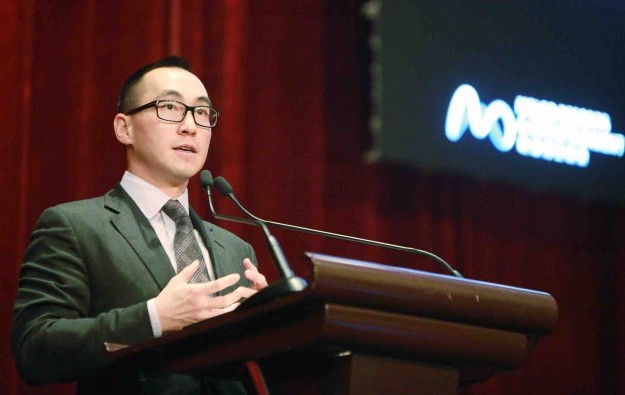 Lawrence Ho Yau Lung (pictured), chairman and chief executive of Asian casino developer Melco Resorts and Entertainment Ltd, says he expects the bidding process for a Japan casino licence to take place in 2019 to 2020, if that country’s parliament approves the Integrated Resorts (IR) Implementation Bill by the middle of this year.

“If by mid-year they [Japan parliament] can pass the bill, that will really kick start the bidding process…in 2019 to 2020, they will be able to have the bidding process to decide who is the winner,” Mr Ho told Hong Kong’s radio station RTHK in an interview. He was speaking on the sidelines of a meeting of China’s People Political Consultative Conference in Beijing.

“Aside from Macau, Japan should be the best market – especially due to its population size; the fact that Chinese tourists love going there and that Japan is a special country,” the Melco Resorts executive added.

Melco Resorts revealed in November in Tokyo its concept for a gaming resort it would like to build in Japan. The firm however did not specify at the time in which Japanese city such a resort might be developed..

Lawmakers from Japan’s majority governing group, the Liberal Democratic Party (LDP), are to press the national government to speed up the relevant casinos legislation, so that a venue or venues can open before the year 2025. The governing coalition – which includes the Buddhist-influenced party Komeito – is making efforts to submit the bill to parliament soon, with mid-April the absolute deadline if there is to be a chance of passing it in the current session of parliament, which is due to end on June 20.

Speaking to RTHK, Mr Ho said additionally that the opening of Morpheus – the fifth hotel tower at flagship property City of Dreams Macau – would be a “catalyst” to Melco Resorts, which is focusing on the mass market segment.

The US$1-billion Morpheus will feature approximately 780 hotel rooms, suites and villas, and will have space for premium mass gaming tables, according to previous company announcements. The new hotel tower is scheduled to open before the end of the second quarter this year.

The imminent return of package tours from mainland China will not only help boost Macau’s tourism businesses, but is also expected to help casinos gain more foot traffic in their mass gaming... END_OF_DOCUMENT_TOKEN_TO_BE_REPLACED