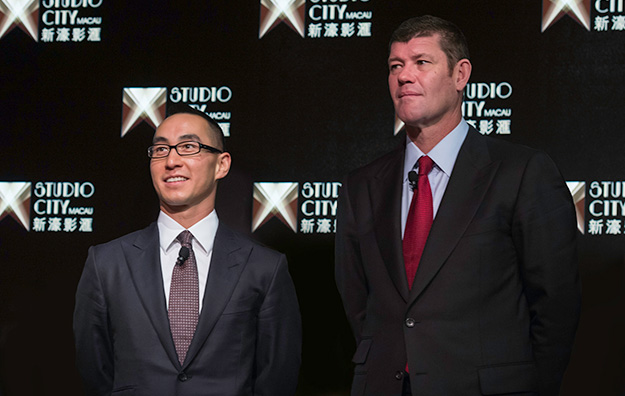 The aggregate purchase price is approximately US$800.84 million, representing a per share price of US$5.1667 (equivalent to approximately US$15.50 per ADS). The price per share represents a 1.6 percent premium to the closing price of the ADSs on Tuesday “and was agreed between the parties in consideration of prices and trading volumes of the ADSs in recent weeks,” said the release.

Melco Crown will pay for the share purchase using cash on hand. The repurchased shares will be cancelled “in due course” after completion of the transaction, said the release.

“It is expected that following completion of the transaction, Mr James Packer will resign from his position as co-chairman and will take up the position of deputy chairman of the company’s board of directors,” said the Melco Crown press statement.

“Mr Todd Nisbet will also resign as a director of the company,” added the statement, referring to Crown Resorts’ executive vice president, strategy and development, who additionally holds a seat on the Melco Crown board.

“The company’s free cash flow generation and strong balance sheet make this an opportune time for us to complete this transaction, which is consistent with the purpose of our existing share repurchase plan. Crown remains a major shareholder in the company and we look forward to continuing our relationship,” said Mr Ho in the statement.

In December Bloomberg News reported – citing people with knowledge of the matter – that Mr Packer, the controlling shareholder of Crown Resorts, was in talks to take some of its casino assets into private ownership.

Macau casino services firm Macau Legend Development Ltd says that a review conducted by an independent consultant “did not note any irregularity” in the dealings between the company and... END_OF_DOCUMENT_TOKEN_TO_BE_REPLACED