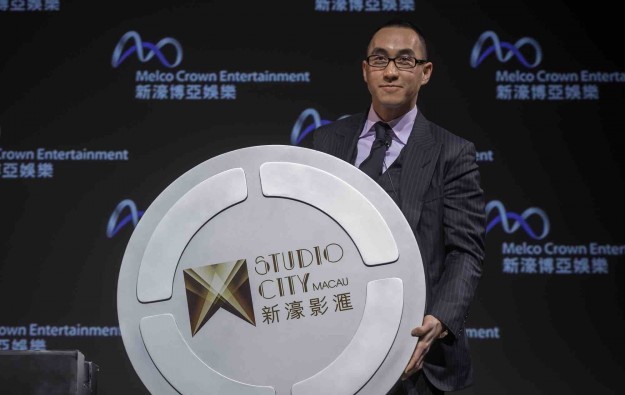 Casino entrepreneur Lawrence Ho Yau Lung has been honoured by the Macau government for his contribution to the city’s tourism sector.

Tuesday’s announcement – on the eve of the 18th anniversary of the handover of Macau from Portuguese administration to that of China – said that the businessman was among 42 individuals or organisations recognised by Macau for “achievements, outstanding contributions and distinguished services”.

The award of the “Medal of Merit – Tourism” followed a recommendation from a Macau government committee.

Melco Resorts’ majority-owned Cotai gaming resort Studio City opened in October 2015 with a range of non-gaming facilities and without VIP gambling – the latter a move Mr Ho said at the time was a “business decision” and not a political one.

It is the stated policy of the Macau government and China’s central government to broaden the base of Macau’s whole economy beyond its traditional focus on high-stakes – credit-based gambling by VIPs – and to have more non-gaming attractions in the city’s tourism sector.

“We really understood what the government wanted in terms of more diversification in the market,” said Mr Ho in a press conference at the time of Studio City’s opening.

After some market criticism of a slow ramp up of gaming revenue at Studio City, the operator applied for and was given permission to introduce high-roller business with effect from November 2016.

In the first half next year, Melco Resorts’ first and flagship Cotai resort, City of Dreams Macau, is to open a new hotel tower called Morpheus, designed by award-winning architect the late Dame Zaha Hadid.

Mr Ho’s father, Stanley Ho Hung Sun, had a business monopoly in the Macau casino market between 1962 and 2002.

The stock prices of Hong Kong-listed firms directly linked to Macau casino operations rose in Monday trading, following the Saturday announcement that the six incumbent licensees had each been... END_OF_DOCUMENT_TOKEN_TO_BE_REPLACED