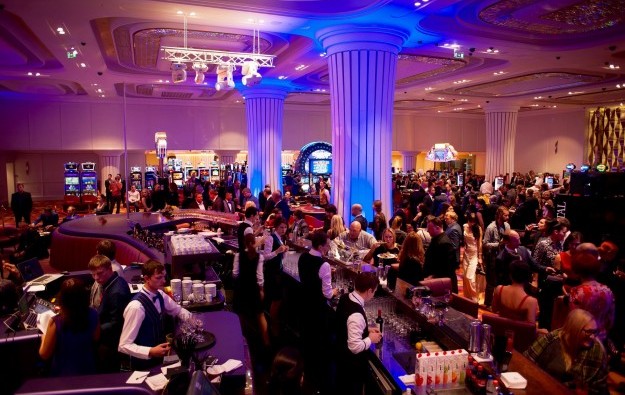 The Tigre de Cristal casino resort (pictured) in Russia recorded VIP rolling chip volume in excess of HKD400 million (US$51.6 million) in March and again in April, and is signing new deals with junket operators, according to a briefing given by management during an investment conference in Hong Kong.

A filing in March to the Hong Kong Stock Exchange said that such rolling chip volume had been HKD258 million in November. The property – in the Primorye Integrated Entertainment Zone (IEZ) near the Russian Pacific port of Vladivostok in the Russian Far East – had its official launch on November 11, but had been running on a trial basis since October 8.

“Summit Ascent has recently signed with one mid-size junket operator who will begin operation in May 2016, and plans on signing on two more junket operators in the coming month,” said a note on Wednesday from Daiwa Securities Group Inc.

The note from analysts Jamie Soo, Adrian Chan and Jennifer Wu followed talks with Summit Ascent management during the Daiwa China Consumer and Gaming Conference held in Hong Kong from Tuesday to Thursday.

The Daiwa team noted that the Russian authorities are relaxing visa terms for tourists to Vladivostok.

“Beginning in July 2016, a simplified visa application regime will be implemented, allowing foreign visitors to apply for visa online three days before their travel to Vladivostok and be granted visa on arrival,” stated the analysts, citing comments by casino management.

The analysts added: “The company reiterated that the favourable tax environment in Vladivostok has not changed.”

In February reports in the Russian media – citing the Ministry of Finance – suggested that the tax burden on “gambling business” in Russia might be increased.

SOFTSWISS Jackpot Aggregator is cooperating with Curaçao-licensed Spinago to launch the latter’s worldwide jackpot campaign for the online gaming sector. The information was given by SOFTSWISS, a... END_OF_DOCUMENT_TOKEN_TO_BE_REPLACED