Legend Palace to be completed in third quarter: Chow 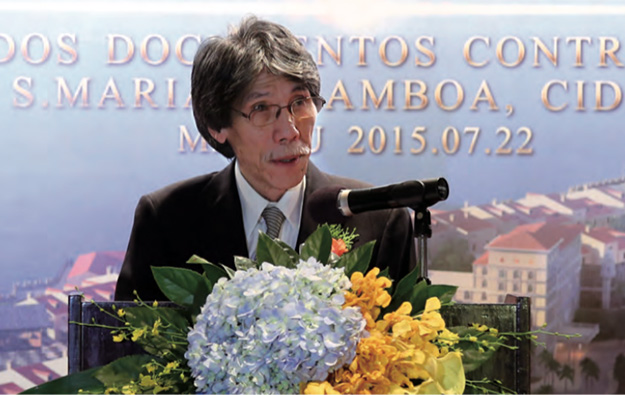 Construction of Legend Palace Hotel – the third hotel to be built within Macau Fisherman’s Wharf – can be completed in the third quarter of 2016, co-chairman and chief executive of casino services firm Macau Legend Development Ltd, David Chow Kam Fai, told the Hong Kong Economic Journal. The new hotel might still open this year, he added.

The Macau-based casino services firm is planning to have “80 to 120” gaming tables at the new five-star Legend Palace Hotel, the Hong Kong Economic Journal reported, citing Mr Chow. The company would move some gaming tables from its existing operations and would also apply for new tables, Mr Chow reportedly said.

As of April, Macau’s casino regulator, the Gaming Inspection and Coordination Bureau, had not yet received any application regarding the setting up of a casino at Legend Palace Hotel.

As a gaming services business, Macau Legend does not hold table quota in its own right, but instead must rely on the quota of one of the existing Macau casino operators. It currently collaborates with SJM Holdings Ltd in relation to table quota.

Mr Chow said the casino at Legend Palace Hotel would be “mass-focused”. If approved, the casino would feature “10 to 15” VIP gaming tables to be managed directly by the firm, he added.

In its latest annual report, Macau Legend had mentioned that New Legend – its self-run VIP gaming operation in existing Macau casino properties – would be expanded to Legend Palace Hotel.

The start of operations of Legend Palace Hotel and its casino is one of the conditions precedent to Macau Legend’s proposed disposal of Landmark Macau casino hotel, the firm said in a filing to Hong Kong Stock Exchange on March 23. The filing has mentioned that the buyer is “Li C.K.”, a “substantial shareholder” and “a connected person” of Macau Legend.

The March 23 filing also noted that the disposal of Landmark Macau would allow Macau Legend to expand its businesses in Macau and overseas “without taking on too much additional leverage”.

Macau Legend is in the process of acquiring the Savan Vegas Hotel and Entertainment Complex in Laos in Southeast Asia. The firm is also reportedly investing in an “integrated resort” with hotel, residential and retail facilities, and a marina in Setúbal, south of Portugal’s capital Lisbon.

Macau is to create distinct zones on its casino floors and designated gambling chips that will be solely for the use of players from overseas. The moves will be part of a new gaming tax system to... END_OF_DOCUMENT_TOKEN_TO_BE_REPLACED