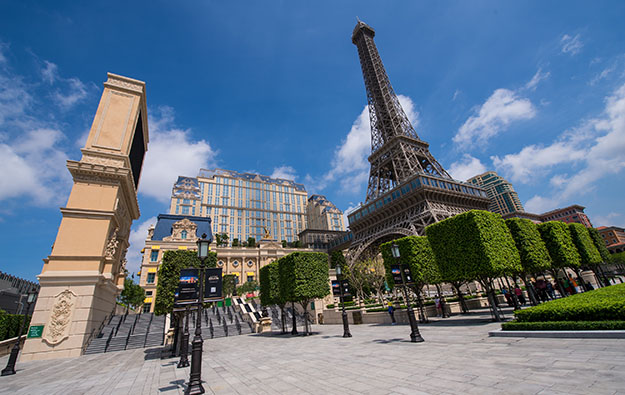 Macau’s Health Bureau said on Friday that traces of legionella bacteria were still found at casino resort Parisian Macao (pictured). The bureau added that it had requested the property’s operator to address the issue “in the shortest time frame possible” and to “continuously monitor the concentration of legionella bacteria in the water supply systems”.

Friday’s press release stated that the hotel “must also adopt strict prevention measures that can efficiently reduce the risk of legionella infection” among its customers and employees.

The Parisian Macao, developed and operated by Sands China Ltd, was linked in April by the Health Bureau to three confirmed cases of Legionnaire’s disease. The bureau has since conducted regular inspections to water samples at the Parisian Macao to monitor the situation regarding legionella bacteria.

Sands China told GGRAsia in a statement on Saturday that the Parisian Macao continued “to be in full operation” despite the positive test results involving some of the latest samples. The firm added it was “confident” that all water supplies were “completely safe and pose no risk to guests or visitors to the property”.

The Health Bureau’s Friday statement said traces of legionella bacteria had been found at several public areas of the property in its most recent tests, conducted between October 17 and 25.

More than 20 samples showed levels above the detection limit of 10 colony-forming units per milliliter (CFU/ml), said the Health Bureau. The maximum level detected was of 135.1 CFU/ml, it added.

Sands China told GGRAsia in its Saturday email: “In order to meet and exceed water quality standards, the company has been rigorously following sets of policies and procedures on a daily basis. Sands China will continue to work closely with the Health Bureau to ensure compliance with all its prescribed guidelines and standards.”

The gaming operator added that it had “introduced improvements to its water systems, and results of tests conducted by an independent testing laboratory show that all samples fall within international guidelines.”

Several international guidelines recommend the introduction of corrective measures if levels of legionella bacteria above 10 CFU/ml are detected. Emergency measures such as system decontamination or closure of facilities are usually required for levels equal or above 1,000 CFU/ml.

Macau is to create distinct zones on its casino floors and designated gambling chips that will be solely for the use of players from overseas. The moves will be part of a new gaming tax system to... END_OF_DOCUMENT_TOKEN_TO_BE_REPLACED