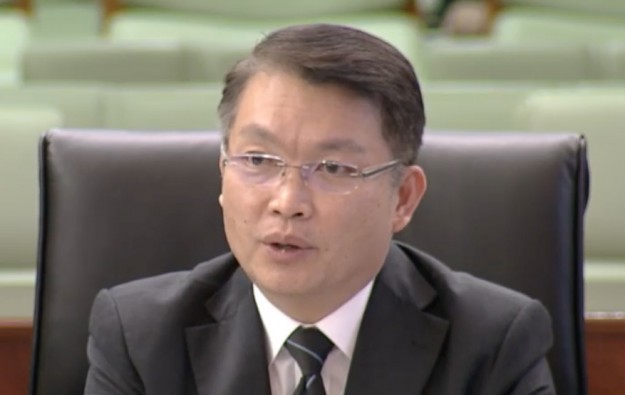 The feasibility of the Macau government launching by “year-end” a public consultation to review the city’s existing gaming law and completing it in adequate time was queried by some legislators on Monday during a Legislative Assembly question and answer session with Macau’s Secretary for Economy and Finance, Lei Wai Nong (pictured).

Legislators Au Kam San and Davis Fong Ka Chio wondered whether there was enough time available to complete such a legal review before mid-2022. The city’s government has said such a review is a necessary step ahead of a public retender process for Macau gaming rights, linked to the expiry – in June 2022 – of Macau’s existing six gaming licences.

Mr Fong is an academic who assisted the Macau government during the so-called mid-term review of the local casino industry – held during the final administration of the city’s previous leader, Fernando Chui Sai On – regarding the performance of the existing licensees in terms of their contribution to public policy goals and the local community.

On Monday Secretary Lei said that the government could not yet provide a time frame for the revision of the existing gaming law and for a retender process.

“We have never stopped working on it, and we are striving to conduct the public consultation by this year-end,” Mr Lei said at the assembly, referring to the gaming law revision process.

Drawing a comparison with the early years of market liberalisation following Stanley Ho Hung Sun’s 40-year casino monopoly that ended in 2002, Mr Lei noted Macau was now at a “different level” of public policy development on gaming, on related regulatory matters and in terms of market sophistication “compared to 2003″.

Such advances included Macau now requiring from the operators certain commitments on non-gaming elements, on corporate social responsibility and in terms of them helping local small and medium-sized enterprises, said Mr Lei. The official also hinted that the government would like to broaden the concept of non-gaming elements beyond dining and shopping.

Last week, JP Morgan Securities (Asia Pacific) Ltd suggested in a note issued after the city’s policy address that the revision of Macau’s gaming law might itself not be completed until 2022.

The institution said it “wouldn’t be surprised” to see the casino rights retender process “postponed by a year or so versus the current expiry of June 2022”.

The liquidity of casino group Las Vegas Sands Corp is “strong”, with over US$6.4 billion of consolidated cash and nearly US$3.5 billion of undrawn revolving credit facility capacity, said a... END_OF_DOCUMENT_TOKEN_TO_BE_REPLACED