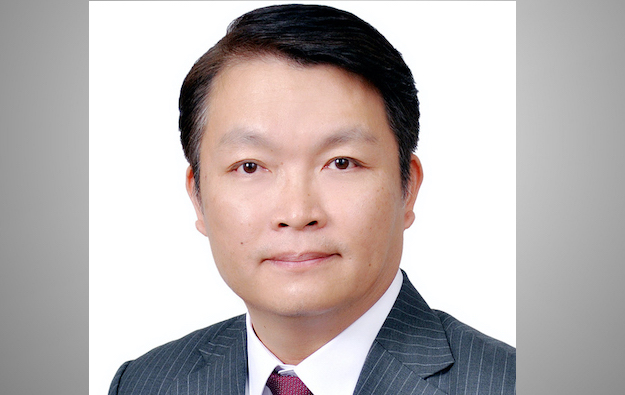 It was announced on Sunday that Lei Wai Nong (pictured in a file photo) will be Macau’s next Secretary for Economy and Finance, the official that oversees the city’s gaming industry. Mr Lei replaces Lionel Leong Vai Tac, who has been in the post since late December 2014.

Mr Lei will be part of the lineup of top government officials under Macau’s Chief Executive-designate, Ho Iat Seng. Mr Ho will replace Chui Sai On, who has been the city’s leader since 2009.

The new government will be sworn in on December 20.

As announced on Sunday, Mr Ho will keep two of the current five secretaries as part his of team of top government officials: Secretary for Security, Wong Sio Chak; and Secretary for Transport and Public Works, Raimundo do Rosário.

Mr Lei was born in Fujian province in mainland China. He will be the first Secretary for Economy and Finance since Macau’s handover from Portuguese administration in 1999 not to have relevant private-sector business experience, based on the biography provided by the authorities. That biography indicates his career has been in public service.

Mr Lei is currently vice chairman of the administration committee of the Municipal Affairs Bureau, and heads the Macau Slaughter House Ltd. His previous work experience includes a spell with the city’s Printing Bureau.

It will fall to Mr Lei to handle the anticipated retender process for Macau casino gaming rights. The current six licences expire in 2022.

Macau’s Chief Executive-designate Mr Ho said during a September visit to Beijing – where he met President Xi Jinping and other state leaders – that amendment of Macau’s gaming law framework would be one of his key tasks after taking office in December. He pledged his administration would face up to “historical problems” relating to the Macau gaming concessions system and look to resolve them.

Mr Ho – a businessman and former president of Macau’s Legislative Assembly who ran uncontested for the city’s top job – has yet to comment in detail about the future policy direction for the city’s gaming industry.

The new administration takes the reins at a time the city’s casino industry has been experiencing a year-on-year contraction in gross gaming revenue (GGR). Macau’s GGR for November dropped by 8.5 percent year-on-year to MOP22.88 billion (US$2.84 billion), according to official data. It was the seventh month during the calendar year that monthly GGR had declined year-on-year.

November’s result meant that the aggregate of Macau casino GGR for the 11 months to November 30 stood at approximately MOP269.62 billion, a contraction of 2.4 percent year-on-year.

As part of the lineup of new top government officials, André Cheong Weng Chon, Commissioner Against Corruption, is replacing Sonia Chan Hoi Fan as Secretary for Administration and Justice, who leaves after a single term in office.

Ao Ieong U, currently director of the Identification Bureau, will be stepping in as Secretary for Social Affairs and Culture, replacing Alexis Tam Chon Weng, who also leaves after a single term in office.

The issue of the leadership of the city’s gaming regulator had been settled last month. The Macau government extended for a further year the tenure of Paulo Martins Chan as director of the Gaming Inspection and Coordination Bureau, a body also known as DICJ. His new term started on Sunday (December 1).

Some Macau casinos visited by GGRAsia on Thursday, actually had tables that were closed, notwithstanding strong consumer demand during Chinese New Year (CNY). The reasons for some tables being... END_OF_DOCUMENT_TOKEN_TO_BE_REPLACED