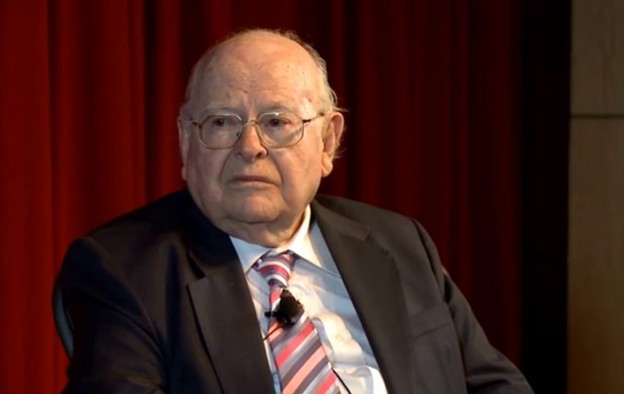 The award was announced by casino industry trade body the Association of Gaming Equipment Manufacturers (AGEM).

At the same time, Howard Stutz, a 25-year veteran of casino corporate communications and gaming journalism, is to be the initial recipient of AGEM’s Peter Mead Memorial Award Honouring Excellence in Gaming Media and Communications.

Jens Halle, a former executive at respectively Bally Technologies Inc and Novomatic AG, was most recently chief executive of Gauselmann Group’s Merkur Gaming GmbH, based in Florida in the United States. He died suddenly on May 20, 2015 at the age of 57.

Peter Mead, the founder and publisher of Casino Enterprise Management magazine, died suddenly in Las Vegas on June 24, 2015 at the age of 54.

Mr Ainsworth, aged 93, has worked in the slot machine business for more than 60 years; founding Aristocrat Leisure Ltd in 1953 and later Ainsworth Game, where he currently serves as executive chairman.

Mr Stutz, aged 57, currently serves as vice president of corporate communications for Las Vegas-based gaming operator Golden Entertainment Inc. From 2004 to 2016, he covered the gaming industry for the Las Vegas Review-Journal newspaper and wrote a column called “Inside Gaming”, offering analysis and opinion on the global gaming business.

Thomas Jingoli, president of AGEM, said in a statement regarding Mr Ainsworth’s nomination: “The award’s nominating criteria includes references to Jens’ professionalism, business success, humanity and a dedication to the health of the industry as a whole; all traits Len has been exhibiting for longer than most of us have been alive.”

Marcus Prater, executive director of AGEM, said of Mr Stutz’s award: “Howard personifies many of the same traits Peter Mead displayed during his life, including taking risks and questioning the status quo, working with a team and challenging the industry to consider new ideas.”