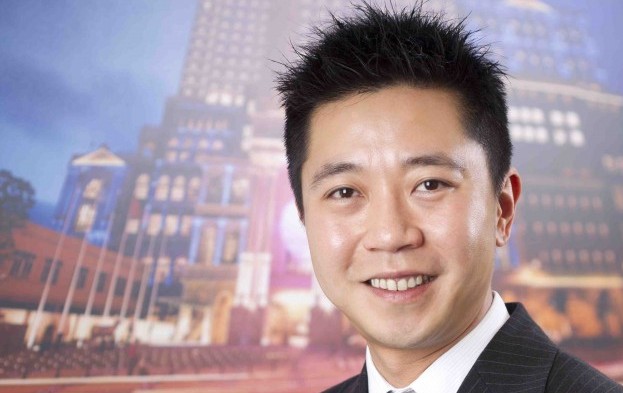 A firm investing in one of Macau’s so-called satellite casinos is floating the idea of effectively ending the Macau government’s gaming concession system and moving to licensing by venue.

The idea was suggested by Hoffman Ma Ho Man (pictured in a file photo), executive director and deputy chairman of Success Universe Group Ltd, an investor in the Ponte 16 casino hotel that currently operates under the gaming concession of SJM Holdings Ltd. He didn’t go into depth on the details, but told GGRAsia in a telephone interview that such a system would benefit local investors.

“In my opinion, the scheme to license casinos individually is a plan that is worth the most consideration because it can benefit Macau people the most, as it is the locals who are the majority of service providers for satellite casinos,” stated Mr Ma, referring to third-party investors that currently rely on the gaming permit of one of the six existing concessionaires.

In October last year, Mr Ma had told GGRAsia that satellite casinos were at “a bit more disadvantaged” in the sense that they “have to pay an extra cost on top of a [gaming] concession – by this cost we mean the profit that we have to share with the gaming concessionaire”.

The per-venue licensing suggestion from Success Universe’s Mr Ma fills a vacuum caused by the fact the Macau government has not yet stated what policy position it wishes to take regarding what happens after the public concessions of the existing six operators expire either in 2020 or 2022.

“I don’t see many difficulties in implementing such a scheme, as the operation and regulation [of casinos in Macau] will remain the same [under the proposed scheme],” Mr Ma said in his latest commentary.

The Macau government has commissioned two studies on the possible development of the city’s gaming sector in the period between 2020 and 2030. The studies would also look into how many gaming licences should be issued once the concessions of the six current Macau operators expire.

Professor Wang Changbin, director of the Macao Polytechnic Institute Gaming Teaching and Research Centre, thinks that the practice of granting licences to casinos individually has its merit, as all casino operators and service providers would then be subject to the same level of scrutiny over their background and their source of finance.

But the scholar said such a system would swell the number of casino licences, which he said “would not look good”.

“If each casino in Macau were to receive a licence, then the number of casino licences in Macau would have ballooned from the current six to dozens. This would not be a good-looking picture to the public. It might seem that the Macau government was encouraging gambling,” the professor said.

Jay Chun, chairman of Hong Kong-listed Paradise Entertainment Ltd, told GGRAsia it would be “more flexible” for satellite venue operations and for the recruitment of dealers, if each casino were to receive its own licence. Paradise Entertainment makes casino gaming machines and provides gaming management services to several casinos in Macau.

“If satellite casinos can have their own licences, it will be, for sure, more convenient. Currently, we need to follow the strategy of the concessionaire,” Mr Chun said.

Nevertheless, he said that he had not heard of such a proposal before and did not see the Macau government being interested in implementing an alternative regulatory framework.

“I suspect the government will consider all available options, although I think the likelihood of individually-licensed casinos is rather low,” he told GGRAsia in an emailed reply.

Mr Govertsen added: “Naturally this concept [of licensing casinos individually] would be championed by service provider casinos as it would increase their cash flows (largely at the expense [of the current licence providers]) and increase the value of their assets exponentially. However, we continue to believe that a more likely scenario would be the potential addition of a seventh concession that would end up in the hands of a local group that may or may not include existing service provider casinos.”

A plan to cap the number of gaming chips in circulation in the Macau market is to ensure industry liquidity in the event depositors seek to withdraw funds en masse, say several industry experts... END_OF_DOCUMENT_TOKEN_TO_BE_REPLACED