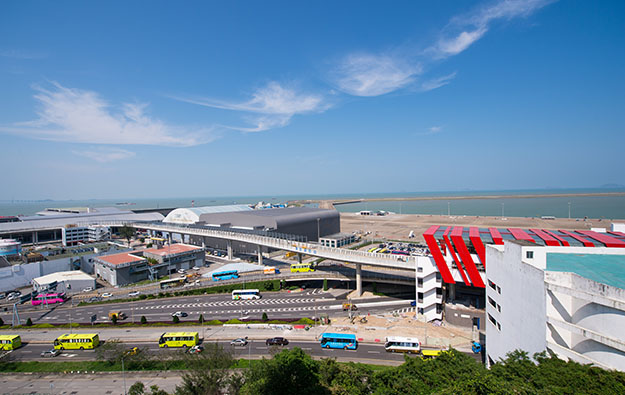 The Taipa section of the under-construction light rail system in Macau, known as the LRT and designed to move visitors and locals around the city, is still scheduled to be operational by next year, the head of the city’s Transportation Infrastructure Office, Ho Cheong Kei, said on Tuesday.

The Taipa section (pictured in part) was originally slated to start operating in 2016. The bulk of construction on that stretch of the system began in 2012.

Mr Ho said during a closed meeting with members of the Macau Legislative Assembly that the budget for the Taipa section of the LRT should remain below MOP11 billion (US$1.37 billion). His comments were carried in a press release issued by the Transportation Infrastructure Office.

The Taipa portion of the project, which includes stops serving the Cotai casino resorts, will be 9.3-kilometres (5.8-miles) long and have a total of 11 stations. That stretch of the system will also connect to Macau International Airport and the Pac On ferry terminal located near the airport.

The LRT system will be overseen by a public company yet to be set up. The Macau government has hired Hong Kong’s MTR Corp Ltd – which manages the underground railway system in the former British colony – to manage and provide consultancy services for the LRT project.

No timetable has yet been announced for the start of construction on the Macau peninsula section of the rail link. But Mr Ho mentioned on Wednesday plans to link the Taipa portion of the project to Seac Pai Van in Coloane, and to Barra on Macau peninsula. The latter will be the first stop connecting the peninsular section to the Taipa section via the Sai Van bridge.

The government would also launch a feasibility study regarding the concept of connecting the Taipa line to the Border Gate checkpoint area on Macau peninsula. The latter is the main entry point into Macau for visitors from mainland China.

The Seac Pai Van and Barra links, plus the feasibility study regarding the Border Gate connection, are expected to cost on aggregate at least MOP5.4 billion, Mr Ho stated.

A Macau court was told on Wednesday that Asian American Entertainment Corp Ltd (AAEC), led by Taiwan businessman Marshall Hao Shi-sheng, was to blame for its failed tie-up with United States-based... END_OF_DOCUMENT_TOKEN_TO_BE_REPLACED