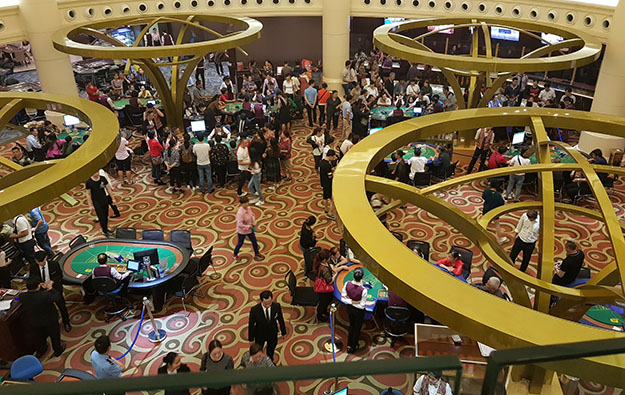 The changes to the board of Australian operator of Southeast Asian casinos Donaco International Ltd mark a new phase in the group’s development, says a company spokesman in comments to GGRAsia.

Shareholders of Donaco on Thursday voted at an extraordinary general meeting called by three shareholders to remove directors Joey Lim Keong Yew and Ben Lim Keong Hoe from the firm’s board.

Donaco operates a casino hotel in Vietnam (pictured) near that country’s border with China, and another in Poipet, Cambodia, near that nation’s frontier with Thailand. In the case of the latter venue, the group has been in a long-running dispute with the former owners that had – for a protracted period – a negative impact on group’s gaming earnings from that site.

Mr Joey Lim is the founder and a former managing director and chief executive of Donaco. He was the chief executive and managing director of the company until March 19 when his employment was terminated “with immediate effect”. During his absence, Mr Ben Lim had stepped in as acting CEO until mid-June. The brothers are scions of the family that founded Malaysia’s casino conglomerate Genting.

Donaco’s spokesman confirmed that the company is “planning to strengthen” its board further, “with the appointment of another high-quality independent director in the near future”. No timeline was mentioned in the emailed reply.

The person said additionally that Donaco was “also in discussions with Argyle Street Management to appoint their representatives to the [Donaco] board”.

Argyle Street Management Ltd of Hong Kong is an associate of On Nut Road Ltd, a company that since June owns a 19.25-percent stake in Donaco and that is now asking for two seats on the Donaco board. The stake had been held by a creditor to companies controlled by Mr Joey Lim.

Donaco said in June that it had been able to rejig a term loan with Mega International Commercial Bank Co Ltd of Taiwan. As part of the deal, the bank has accepted that the exit from the hands of the Lim family of a significant stake in Donaco, did not amount to a change of control for the company.

Donaco’s spokesman confirmed that the board’s shake-up would not affect the firm’s financial commitments. “The changes to the board have no impact on the company’s loan arrangements with Mega Bank,” stated the person.

Some Macau casinos visited by GGRAsia on Thursday, actually had tables that were closed, notwithstanding strong consumer demand during Chinese New Year (CNY). The reasons for some tables being... END_OF_DOCUMENT_TOKEN_TO_BE_REPLACED