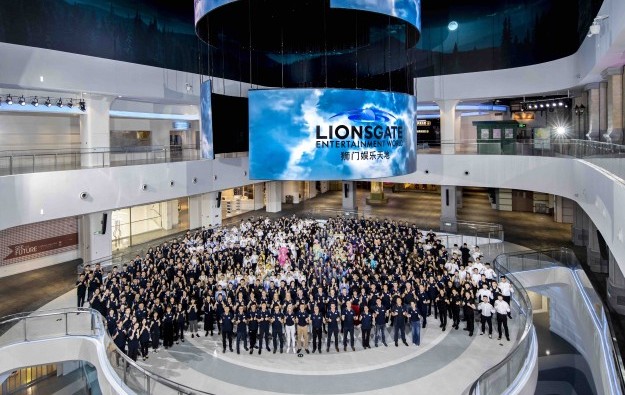 Lionsgate Entertainment World, an indoor theme park (pictured) with attractions based on some of Hollywood’s most successful film franchises, opened on Wednesday on Hengqin island next door to Macau.

It is part of the CNY5.45-billion (US$792 million) first phase of Novotown, a major development focused on non-gaming tourism. Hengqin is one of the pieces of mainland China territory closest to Macau’s gambling hub. Hong Kong’s Lai Sun group is the lead developer on the Novotown scheme.

According to a press release issued on Wednesday on behalf of Lionsgate Entertainment World, one of the theme park attractions has a Macau focus. “’Macau Night Markets’… brings the fabulous streets of Macau to Hengqin,” stated the document.

The six Hollywood film franchises featured in the facility’s attractions are: “The Hunger Games”; “The Twilight Saga”; “The Divergent” series; “Now You See Me”; “Escape Plan”; and “Gods of Egypt”.

A peak-season adult ticket for the new facility will cost CNY280, about US$41, according to the release.

That month it had been announced that China’s State Council had approved a plan to make Hengqin an “island for international leisure and tourism”.

The plan noted that – by next year – the aim was to have improved transport connectivity between Hengqin, Macau and Hong Kong.

Selena Magill, general manager of Lionsgate Entertainment World, was cited in the announcement saying the attraction aimed to make the “utmost contribution to the tourism infrastructure development of Hengqin and Zhuhai”.

Wednesday’s press release made reference to a Chinese central government plan to link the economies of Macau, Hong Kong and major cities in Guangdong.

“With the announcement of the Outline Development Plan for the Guangdong-Hong Kong-Macau Greater Bay Area and the Hengqin International Leisure Tourism Island Construction Scheme, Hengqin has embraced an unprecedented opportunity in leisure and tourism development,” Mr Yang was quoted as saying.