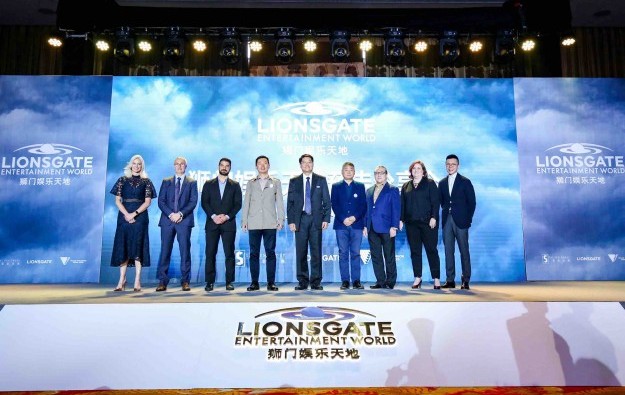 A Hollywood film-themed entertainment facility is to open on mainland China’s Hengqin island next door to Macau “in the first half of 2019”. So said a Thursday press release on behalf of Lionsgate Entertainment World.

The facility was described as “Asia’s first movie-themed indoor interactive experience”, and the Lionsgate brand’s first such venture.

A ramping up of non-gaming tourism entertainment on Hengqin – to complement existing facilities such as the Chimelong International Ocean Tourist Resort, which features hotels and theme parks and is popular with visitors from other parts of mainland China – has been touted as a way of developing a market for so-called two-centre holidays locally.

The idea is to get tourists to spend part of their time in the casino-focused Macau market, and the other portion in Hengqin, to the benefit of both places. Several Macau casino operators, including Galaxy Entertainment Group Ltd and MGM China Holdings Ltd, have also touted plans for non-gaming facilities on Hengqin, but none so far have come to fruition.

Lionsgate – full name Lions Gate Entertainment Corp – is a major Hollywood film and entertainment company that owns a number of film franchises including “The Hunger Games”, “The Divergent” and “Now You See Me”. Those film themes and others will feature in the facility, said the announcement. The release was short on detail regarding precisely what form of entertainment the new facility would offer, although it mentioned it would cover 22,000 square metres (236,806 sq feet), and have a Lionsgate-themed café and some shops.

“Lionsgate Entertainment World aims to become a multifaceted destination by engaging guests through story-telling, as well as encouraging participation and social activities with opportunities for plenty of personalisation,” said Selena Magill (pictured, far left), general manager of Lionsgate Entertainment World, as quoted in the release. She was speaking at a preview event held in Zhuhai, the mainland city next door to Macau, and the local authority covering Hengqin.

The new entertainment facility will be in a development zone known as Novotown Hengqin. Thursday’s press release confirmed Hong Kong-based conglomerate Lai Sun Group was an investor in Novotown Hengqin.

A July 2016 announcement about the Lionsgate brand’s expected involvement in Hengqin, had mentioned a facility opening this year, and the possibility of five million visitors annually.

The 2016 announcement had said Novotown Hengqin was being developed by Zhuhai Hengqin Laisun Creative Culture City Co Ltd. Lai Fung Holdings Ltd was said at that time to own 80 percent of that firm, with eSun Holdings Ltd controlling the remaining 20 percent. Both those entities are members of the Lai Sun Group.

The island itself, also known as Hengqin New Area, and part of mainland China’s Guangdong Pilot Free Trade Zone, aims to attract inward investment from overseas as well as from local sources.

Universal Entertainment Corp said in a Wednesday statement it hoped to get the Okada Manila casino operation listed in the United States even before a new September 30 deadline agreed with 26 Capital... END_OF_DOCUMENT_TOKEN_TO_BE_REPLACED