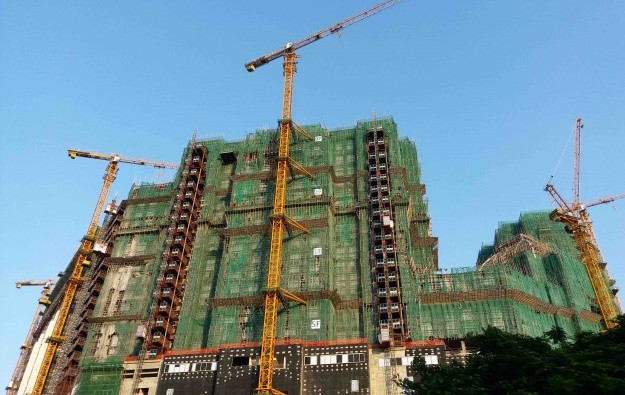 The fact a mainland China bank has been willing to grant Macau gaming operator SJM Holdings Ltd a casino project term loan with a maturity beyond the date of the firm’s current concession could be read as a positive regarding refreshment of the six Macau operators’ gaming rights.

The current gaming permits of Macau’s six operators are due to expire on various dates between 2020 and 2022.

In SJM Holdings’ case, the gaming concession expiry date is 2020. But last week Ambrose So Shu Fai, the firm’s chief executive, confirmed that a HKD15-billion (US$1.9-billion) term loan for its HKD36-billion Grand Lisboa Palace project on Cotai (pictured in a file photo) had a maturity date in 2022. The scheme is due to be open in the first half of 2018.

Industrial and Commercial Bank of China (Macau) acted as the lead arranger on the term loan and on a HKD10-billion revolving credit facility with final maturity in 2020.

Union Gaming’s Mr Govertsen told GGRAsia regarding the term loan: “This suggests some level of confidence on behalf of a mainland Chinese bank that SJM Holdings will be able to generate enough cash flow past its Macau concession expiration date to be able to service its loan.”

He added: “It is likely to be viewed by the market as an early indication of the possibility the current Macau concessions will be renewed.”

According to Macau’s gaming law, it would be possible for the territory’s government to renew the existing contracts for a maximum period of five years. A number of investment analysts that have previously written about the concession refreshment process have noted that with several of the major Cotai casino projects the land concession granted by the Macau government – for a resort to be built – lasts longer than the actual gaming concession of the resort operator.

“Clearly, there are plenty of moving parts with licence renewals and we expect them to come into sharper investor focus as 2020 approaches,” said a Sunday note from Cameron McKnight and Robert Shore, analysts at Wells Fargo Securities LLC.

They also noted regarding SJM Holdings’ term loan: “This could be construed positively, given that a Chinese bank arranged the loan, it required government approval, and other concessionaires’ debt matures before the concessions expire.”

GGRAsia approached the city’s gaming regulator, the Gaming Inspection and Coordination Bureau, asking it to comment on whether the Macau government had given any undertakings to SJM Holdings’ loan arrangers with regard to the maturity date extending beyond the current concession expiry date. We had not received any reply by the time this story went online.