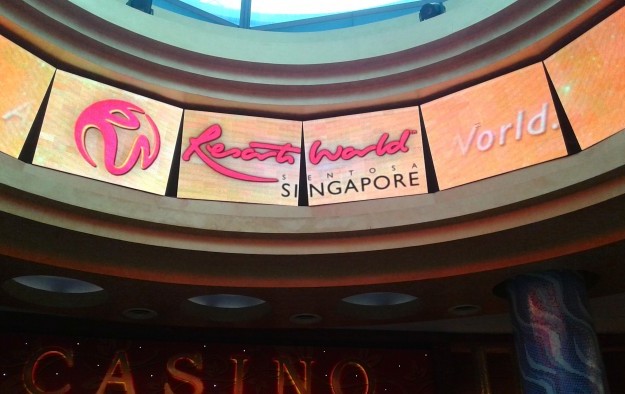 Three out of every four workers remaining at casino complex Resorts World Sentosa (RWS) after a round of job cutting is a Singapore local, confirmed the city-state’s Ministry of Manpower in a statement reported by local media.

The government body said the proportion of locals at the site had risen to 75 percent from 66 percent, as proportionately more foreigners had been let go than locals.

The reports of the ministry’s statement did not mention how many jobs were lost, or what the workforce size was since the move.

Genting Singapore Ltd, the operator of the venue, also did not furnish such information at the time the cuts were announced on July 15. The news came a fortnight after the complex’s casino reopened after being shuttered since April 7 as a Singapore government countermeasure on Covid-19.

On Thursday Genting Singapore reported for the three months to June 30 its “worst” quarterly performance since Resorts World Sentosa opened in January 2010.

Singapore news outlet The New Paper, reported on Friday that “about 2,000” jobs had been lost from Resorts World Sentosa as part of the venue’s response to the business downturn.

According to the Thursday media reports, the Ministry of Manpower said a “small group” of released workers had complained to the authorities and to labour bodies, alleging discrimination by the employer. It was not clear from the reports whether the complainants were mostly Singapore locals or foreigners.

But the accounts said some of those complaining about being released were locals working in the venue’s casino, either as a gaming pit worker or assistant pit supervisor.

The Ministry of Manpower said the proportion of locals working in those roles actually increased from 78 percent to 86 percent after the round of job cuts.

In terms of the overall job-cutting exercise at Resorts World Sentosa, in situations where foreign and local employees had the same performance grade, “preference was given to the local to be retained”, the ministry said.

The Resorts World Sentosa management had also given weight to retaining those Singapore employees who had volunteered to work at its Covid-19 community health facility that the venue had voluntarily set up in April, stated the ministry.

The ministry said the resort had paid to all eligible released workers a half-month’s wages in severance for each year of service. The government department said this was “within the limits of the tripartite guidelines for all firms in similar circumstances”.

In a general commentary, the ministry added: “We remind employers to treat all workers with dignity and respect, and for the management to share the burden of cutting costs in order to save jobs”.

Keith Tan, chief executive of Singapore Tourism Board, said in an interview with Bloomberg Television, broadcast on August 3, that job losses in the Singapore tourism sector had been “modest” up to now, and measured in the “low thousands”. Though he said that delays to pledged extensions to Resorts World Sentosa and to Marina Bay Sands, the other gaming complex in Singapore’s casino duopoly, were “inevitable” in the light of disruption to business and the construction sector caused by Covid-19.

It is likely that Macau will shortly have a third round of citywide centre-based Covid-19 testing in little more than a week, after the results so far of a second mass test – that was due to finish... END_OF_DOCUMENT_TOKEN_TO_BE_REPLACED