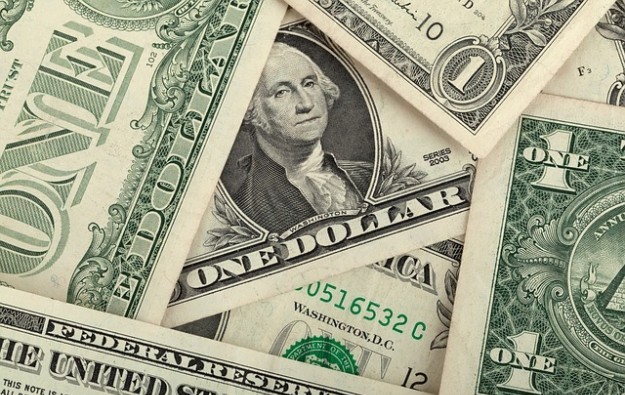 The end of a ban on locals gambling in casinos in Vietnam is likely to increase the country’s exposure to money laundering. So says a report by the Department of State in the United States.

The document, produced by the Bureau of International Narcotics and Law Enforcement Affairs, and released last month, added: “Newly-legalised local casinos” were a factor suggesting “Vietnam’s exposure to illicit finance will increase in coming years”.

Only casino resorts with a total capital investment of at least US$2 billion – including gaming and non-gaming facilities – are eligible to ask permission from the authorities to welcome Vietnamese to gamble. The casino at Corona Resort and Casino, on Phu Quoc island – opened in January – was reportedly one of the two first properties in Vietnam that are being allowed by the government to offer gambling to economically-qualified locals. The other is expected to be located in northern Vietnam at Van Don.

The Van Don project is reportedly being developed by Vietnam’s Sun Group. It is located in a remote area around 160 kilometres (99 miles) east of Hanoi.

The government lifted the ban on Vietnamese gambling in casinos in 2017, allowing trial projects for gambling by economically-qualified locals at certain venues. Vietnamese customers must be older than 21 and have a monthly income of at least VND10 million (US$431); they also need to pay an entry levy in order to gain access to casino floors.

The State Department report noted that a number of casino-related loopholes persisted in the anti-money laundering systems of Macau and the Philippines respectively. The 2019 edition of the report labelled – in common with previous editions – several places in Asia where casino gambling is legal as “major money laundering jurisdictions.” Such places were said to include Vietnam, Macau, the Philippines and Malaysia.

“Money launderers continue to use offshore centres, free-trade zones, and gaming enterprises to launder illicit funds,” stated the report in an overview. “These sectors can offer convenience and, often, anonymity to those wishing to hide or launder the proceeds of narcotics trafficking and other serious crimes,” it stated.

The report did note that “many jurisdictions are taking measures to reduce vulnerabilities”. It stated: “Macau is taking a more stringent approach toward the licensing and supervision of gaming junket promoters,” adding that Vietnam, in its second criminal prosecution involving money laundering charges, “prosecuted over 90 defendants associated with a prohibited online gaming enterprise”.

The State Department 2019 report noted that “Macau gaming supervisors have a good understanding of the risks posed by junket operators”, and were taking “a more stringent approach” toward the licensing and oversight of them.

The document advised the Macau government to continue strengthening “inter-agency coordination to prevent money laundering in the gaming industry, especially by continuing to encourage smaller junket operators, who have weaker AML controls, to exit the market while encouraging the professional junket operators to further develop their compliance programmes.”

The Macau government has said it plans to introduce greater oversight of junket operators, via fresh legislation and updated regulation. Paulo Martins Chan the head of Macau’s casino regulator, the Gaming Inspection and Coordination Bureau, said in January that the government planned to “soon” submit to the city’s Legislative Assembly a bill tightening the regulations for the junket sector.

Data published in January by Macau’s gaming regulator showed there were 100 licensed junkets in the market, an 8.3-percent year-on-year fall. The year-on-year shrinkage in the sector marked the sixth consecutive year this has happened. In January 2013, Macau had a total of 235 licensed junkets, according to official data.

Junket operators play an important role in Macau’s VIP gaming segment. They extend credit to high roller players from mainland China and beyond – in order to circumvent the strict currency flow restrictions between Macau and mainland China –, collect on losses and provide accommodation and other entertainment for the gamblers when in Macau.

The State Department noted in its 2019 report: “In addition to attracting those seeking anonymity or alternatives to China’s currency movement restrictions, junket operators are also popular among casinos unable to collect gaming debts on the mainland where gaming is illegal.”

The document added, referring in the second instance to Chinese criminals: “Asian organised crime groups, including triads, are active in the gaming services and involved in illegal activities such as drug trafficking. This mingling of licit and illicit activities, together with the anonymity gained through the use of a junket operator in the transfer and commingling of funds, as well as the absence of currency and exchange controls, present vulnerabilities for money laundering.”

The State Department flagged as an ongoing concern the high cash thresholds in Macau and the Philippines for reporting single transactions in a casino.

“Gaming entities [in Macau] are subject to threshold reporting for transactions over approximately US$62,640 (MOP500,000) under the supplementary guidelines of the Gaming Inspection and Coordination Bureau,” said the analysis. “Macau should lower the large transaction report threshold for casinos to US$3,000 to bring it in line with international standards,” it added.

A similar loophole was highlighted regarding AML rules covering the casino industry in the Philippines. “The high single-transaction reporting threshold for gaming transactions ($100,000) and the exclusion of non-cash transactions from reporting requirements and junket operators as covered entities are also deficiencies in the current AML regime,” the report noted.

The Philippines’ tolerance of casino proxy gambling, involving bets placed on behalf of someone not physically present in a gaming venue, was another loophole in the country’s AML system, according to the U.S. Department of State report. While the U.S. authorities acknowledged that local regulators “have worked to tighten regulations and procedures…, administrative and technical capacity remain key to addressing the… monitoring challenges posed by this rapidly growing gaming segment,” the report added.

“Under the well-regarded leadership at the Anti-Money Laundering Council, the government continues work to minimise risks in key areas, including the gaming sector,” the U.S. Department of State said.

But it noted: “The banking sector remains the primary avenue for money laundering followed by the gaming industry.”

The report also included references to other Asian jurisdictions with casinos. It said, referring to what is now officially known domestically as Myanmar: “In Burma, “despite gaming currently being illegal, casinos target foreigners in border towns, especially near China and Thailand.” The document added that little information was available about the scale of these operations.

The report from the U.S. Department of State additionally made reference to four casinos in Laos, including one in the Golden Triangle Special Economic Zone in Bokeo Province bordering Thailand and Burma. “At present, there are no laws or decrees regarding supervision of the gaming industry, though the Prime Minister’s office [in Laos] has expressed a desire to increase industry supervision via a decree,” it stated.

Bloomberry Resorts Corp – the operator of Solaire Resort and Casino (pictured) in the Philippine capital Manila – on Wednesday announced in a series of filings, that an aggregate of just over 7.9... END_OF_DOCUMENT_TOKEN_TO_BE_REPLACED