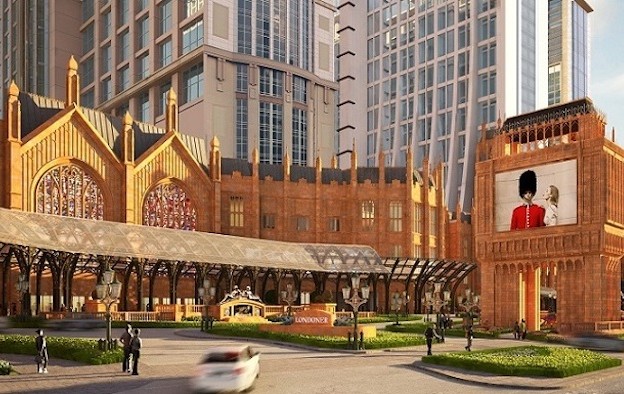 Londoner Court, a 370-suite hotel facility at Sands China Ltd’s Londoner Macao resort (pictured in an artist’s rendering) on Cotai, is due to be “completed in the first quarter”.

That is according to an investor presentation released on Wednesday by Sands China’s parent, Las Vegas Sands Corp, to coincide with the United States-based casino group’s fourth-quarter earnings.

The Londoner Macao is a revamped and rebranded version of Sands Cotai Central. The upgraded venue has been given a British theme, including a façade replicating the Palace of Westminster, the home of the United Kingdom’s parliament. The new-look property is due to have its formal first-phase opening on February 8.

The cost of the conversion, aside from the spend on Londoner Court, is US$1.35 billion, according to the earnings presentation.

The Londoner Macao will have “phased completion throughout 2020 and 2021,’ according to Wednesday’s presentation.

In a December 15 press release, Sands China had mentioned Londoner Court – formerly known as the St. Regis Tower Suites, and described as a luxury all-suite facility – would be “opening later in 2021”.