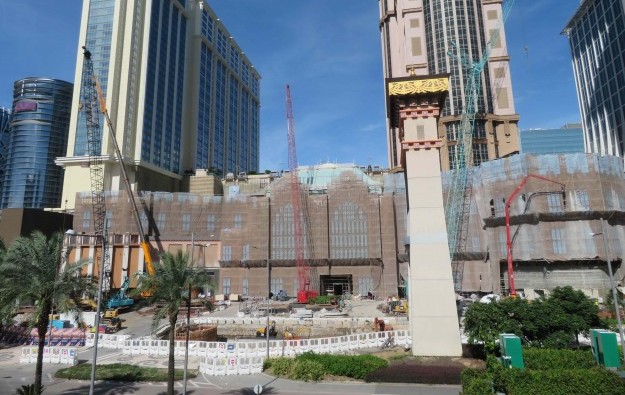 Casino operator Sands China Ltd’s the Londoner Hotel should be ready by the third quarter, but the timing on launching it will depend on a return of Macau’s tourism trade, especially the mainland China business, said the firm’s president Wilfred Wong Ying Wai, on the sidelines of a company event on Friday.

“In the third quarter, basically the [themed] hotel and its supporting amenities should be ready,” he told local media.

“But now we’re just waiting for the visitor numbers to show some obvious increase. Only by then, can we consider opening,” the executive added.

“Now, when hotel occupancy is so low, launching a new hotel will not help much,” Mr Wong observed.

The average occupancy rate for Macau hotel guest rooms was 27.2 percent in the first half of 2020, a decline of 63.9 percentage points year-on-year, said a late-July update from the city’s Statistics and Census Service. The June occupancy figure was worse: only 11.8 percent.

Mr Wong was speaking on Friday at the launch held at Cotai Expo in the Venetian Macao, of the Sands Shopping Carnival, an initiative to boost business amid the ongoing global health crisis.

The Londoner Hotel is part of the rebranding of the firm’s Sands Cotai Central resort as a British-themed complex called the Londoner Macao (pictured), complete with a Victorian-gothic-style façade to represent the United Kingdom’s Houses of Parliament.

Sands China’s parent, United States-based Las Vegas Sands Corp, has a focus on themed casino resorts as a way of getting consumer attention.

Mr Wong was asked on Friday about his firm’s effort to capture the so-called staycation market: locals having holidays and short breaks at home, due to the pandemic.

He said that – as an example – its existing French-themed Cotai resort the Parisian Macao “did see some increase in occupancy for July and August”.

Though he added this was “in comparison to a low base,” amid Covid-19. “Certainly, it is not any full occupancy we are seeing,” he added.

The Sands China executive was asked for comment on new restrictions on inbound visitors from Hong Kong to Macau announced on Thursday.

He said they had the potential for “some impact” on business for Macau casino operators including Sands China.

“So of course Hong Kong is important for us,” said the executive, noting that “in terms of proportion, mainland Chinese are our most important source of tourists”.

Ian Coughlan, president of market rival Wynn Macau Ltd, had mentioned on the parent Wynn Resorts Ltd’s second-quarter earnings call on Tuesday, that in 2019, Hong Kongers had represented in the Macau market about 17 percent to 18 percent of visitors, and about 9 percent to 10 percent of gross gaming revenue.

On Thursday the Macau government announced a fresh tightening of travel protocols for inbound movement from neighbouring Hong Kong, a city that has seen a recent uptick in Covid-19 cases.

The new requirement – with effect from 6am on Friday (August 7) – is that those inbound from Hong Kong must have a certificate proving they have tested negative for Covid-19 infection, that has been issued within the preceding 24 hours. Only this week, the Macau government had tightened the rule to say such a certificate had to be issued in the preceding 72 hours, rather than the preceding seven days.

Sands China’s Mr Wong noted in his Friday comments that the “safety approach” adopted by the Macau government was “a good thing”; in fact the “most important thing” in preventing a “virus outbreak”.

Gaming services firm Century Entertainment International Holdings Ltd says it expects its mass-gaming tables business in Cambodia to resume operation as early as the end of this month. The... END_OF_DOCUMENT_TOKEN_TO_BE_REPLACED