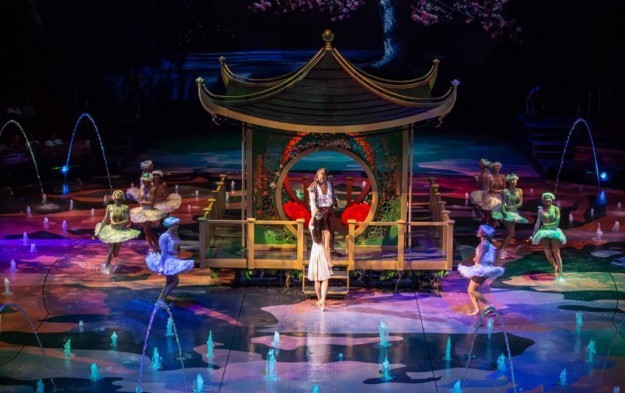 The show’s online schedule indicated there would be no performances from February 12 until April 24 inclusive.

A Melco Resorts spokesperson told GGRAsia in an email: “To continue delivering the most dynamic and entertaining world-class production, we will temporarily suspend the show after the Chinese New Year holiday until late April for refurbishment and upgrade of our facilities. We will be back to deliver the most premium, pioneering and exceptional experience to our audience very soon.”

Last month, Melco Resorts chairman and chief executive Lawrence Ho Yau Lung said Elēkrŏn, a new non-gaming offering at the firm’s Studio City property – described by him as a car stunt show – would be less susceptible to displaying “cultural insensitivities” than some previous non-gaming entertainment in the Macau market.

Macau mass-market casino gross gaming revenue (GGR) for the recent Chinese New Year (CNY) holidays could have recovered to at least 60 percent of that for the 2019 break, when the festivities were in... END_OF_DOCUMENT_TOKEN_TO_BE_REPLACED