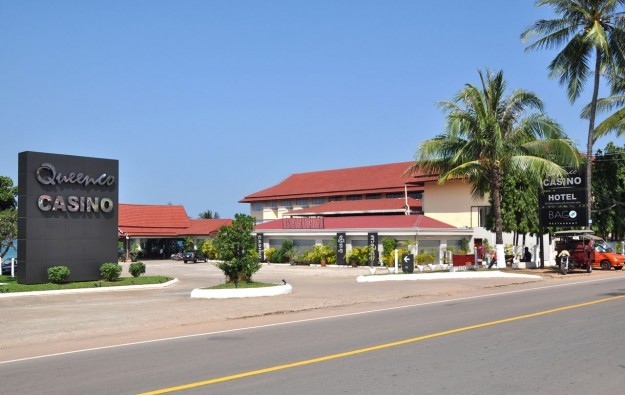 The management of the Queenco Casino and Hotel in Cambodia is looking for partners for an expansion.

Israeli casino developer Queenco Leisure International Ltd owns Queenco, located in Sihanoukville, a coastal area in southwest Cambodia. The loss-making company also controls the only casino on the island of Rhodes in Greece.

“The company intends to continue to try and locate investors and/or business partners for the development of a tourist project on this land, which may include a hotel, casino, commercial centre and a convention centre,” Mr Lerner added.

The executive however cautioned that, due to Queenco Leisure’s “cash flow distress” – it posted losses of EUR3.9 million (US$5.1 million) for the six months to June 30 – the firm might actually need to sell the land. “The company also considers raising funds through the issuance of equity or debt, in which event it may reconsider its decision to sell the nine-hectare land [plot],” he added.

Queenco casino hotel’s losses amounted to EUR0.9 million in the six months to June 30. But revenue increased 11 percent in year-on-year terms, to EUR311,000, its results report shows. The property had its soft launch in 2012.

“There are substantial doubts as to the ability of the project in Cambodia to continue its operations,” Queenco Leisure warned in the latest report – it had already issued a similar alert in its 2013 annual report.

Among other measures, the casino management is looking to poker as a way to raise the international profile of the property.

The Cambodian government is in the process of amending its gaming laws in a bid to draw major casino operators, industry sources confirmed to GGRAsia in June.

Casino equipment supplier Sega Sammy Creation Inc said in a Friday release it was debuting its Genesis Crest 43J cabinet in Asia. The product will be available at an in-person trade show, G2E Asia:... END_OF_DOCUMENT_TOKEN_TO_BE_REPLACED