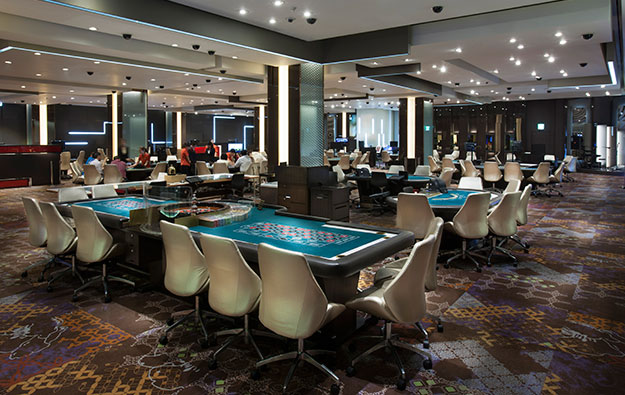 The promoter of a new, under-construction foreigner-only casino project on Jeju Island, South Korea, says it has reached an agreement to acquire a rival property on Jeju, a destination popular with Chinese tourists.

Lotte Tour Development Co Ltd stated in a Friday press release that it had signed a share purchase agreement with Paradise Co Ltd to acquire the entire capital of Paradise Jeju Lotte Casino (pictured) for KRW15 billion (US$13.5 million). The casino venue is currently operated by Paradise Co and is located in Hotel Lotte Jeju.

“The acquisition of Paradise Jeju Lotte Casino is a result of Lotte Tour’s plans to enter the casino business,” the firm stated. “This purchase is ideal for Lotte Tour to enter into the casino business as it comes with operational know-how from Paradise group, including skilled casino talents such as casino dealers, and its casino operation IT systems.”

Paradise Co is a South Korean operator of foreigner-only casinos. The firm operates a total of five venues in the country, including casino Jeju Grand, also on Jeju Island.

Casino sales at Jeju Grand stood at KRW5.2 billion in the first quarter of 2018, according to data from Paradise Co. That represented a decline of over 50 percent in year-on-year terms, which the firm partially attributed to weak performance in the Chinese VIP segment. The firm did not provide data for the performance of Jeju Lotte.

Korean firm Lotte Tour is involved in the provision of leisure and travel services. The firm is independent from Lotte Group, one of the country’s largest conglomerates.

Construction of Jeju Dream Tower started in May 2016. The tower is poised to become the tallest building in Jeju, with 38 floors. It will include a Grand Hyatt-branded hotel, and offer casino services, according to its promoters.

“Jeju Dream Tower Integrated Resort is currently constructed up to 19th floor. When this integrated resort opens by October of next year, 3,100 new jobs… will be created,” said Kim Ki-Byung, chairman of Lotte Tour, as quoted in the press statement.

The firm had earlier said it had raised KRW40 billion toward the under-construction scheme by issuing convertible bonds via a third-party placement.

Paradise Co Ltd, an operator of foreigner-only casinos in South Korea, reported casino revenue of nearly KRW48.65 billion (US$39.8 million) for January 2023, according to a Thursday filing to the... END_OF_DOCUMENT_TOKEN_TO_BE_REPLACED