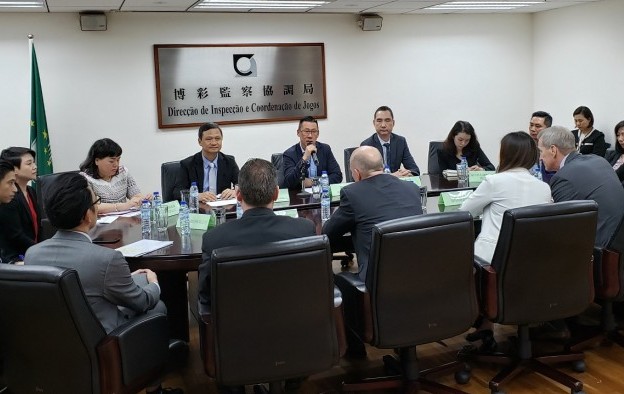 Macau’s casino regulator, the Gaming Inspection and Coordination Bureau, said in a Monday statement that it recently held meetings with representatives from the city’s gaming companies to discuss contingency plans for this summer’s anticipated typhoon season.

The local gaming regulator – also known as DICJ – advised in its latest consultation with the industry that firms “regularly assess” any of their casinos or other betting outlets that were located in what the regulator termed low-lying areas – or that could be “easily impacted” by wind and rainfall – and formulate appropriate measures to deal with the effects of a typhoon.

The casino regulator and the gaming companies were also said to have discussed at the series of meetings the two sides’ respective experiences in dealing with the effects of the category-10 Typhoon Hato in 2017 and the similar-strength Typhoon Mangkhut last year.

Tyhoon Hato struck Macau on August 23, 2017 with wind speeds of 200 kilometres per hour (124 mph), contributing to 10 deaths in the city and leading to widespread damage to infrastructure that disrupted the city’s tourism industry for more than a week afterwards.

The day after Typhoon Hato, the Macao Government Tourism Office had reported that nearly half the 64 local hotels it had canvassed were without either power or water, or lacking both utilities.

Last September the Macau government and the city’s six casino operators agreed on an unprecedented blanket suspension of casino operations due to the passage of Typhoon Mangkhut, the second category-10 storm to have an effect on Macau in little more than year. The weather phenomenon was described by the World Meteorological Organization as the strongest tropical cyclone anywhere in the world at that point in 2018.