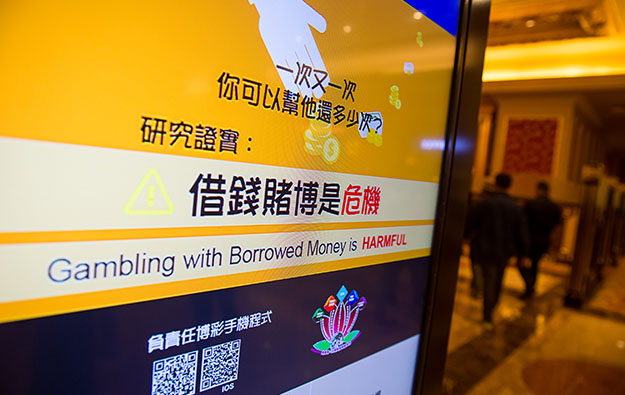 The proportion so far this year of Macau locals deemed to have gambled within the city has been the lowest recorded since a 2003 survey. That is according to research by the Institute for the Study of Commercial Gaming, based at the University of Macau.

The latest study suggested 40.9 percent of Macau residents aged either 18 or above had participated in at least one form of gambling activity within the city so far in 2019. The “gambling participation rate” as it is known, was down by about 10 percentage points when compared to a 2016 study.

In the 2003 survey, the participation rate in Macau was measured at 67.9 percent.

The study – usually conducted once every three years – is commissioned by Macau’s Social Welfare Bureau. The 2019 edition involved a sample size of 2,003 responses.

The 2019 edition indicated only 0.8 percent of the sample – or 16 out of the 2,003 respondents – could be classified probably as having a gambling disorder. None of that cohort was identified as having a severe gambling disorder, according to a summary of the results published by the institute.

The institute highlighted that gambling on: Hong Kong’s Mark Six lottery within Macau; so-called “social gambling”, with family and friends; playing in “Macao casinos”’; soccer or basketball betting; and wagering in the city’s slot machine parlours, remained the five most popular types of gaming amongst locals. All categories – with the exception of soccer and basketball betting combined – saw in 2019 a drop in locals’ participation when compared to the previous study published in 2016, the institute noted.

The university’s institute also observed in its latest finding that “Macao casinos” remained the popular setting for people deemed to have a gambling disorder; a trend that was consistent with the findings of previous studies.

Macau recorded 965 “gaming-related” crimes in full-year 2022, down 29.7 percent on the 1,372 identified in the previous year, according to the latest statistics published on Tuesday by... END_OF_DOCUMENT_TOKEN_TO_BE_REPLACED