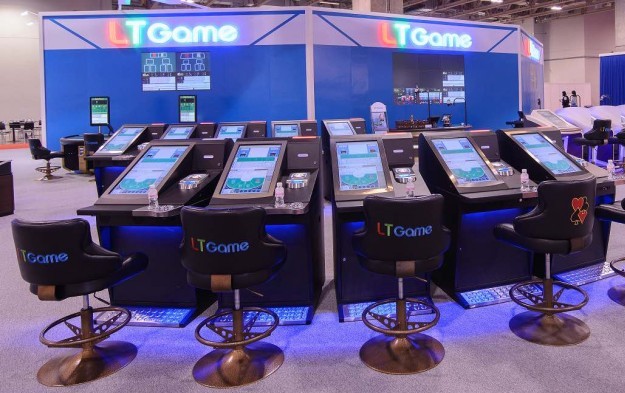 “This is a very good year for LT Game in Macau,” Ms Zhao said on Wednesday, in a media briefing on the sidelines of the Global Gaming Expo (G2E) Asia 2016. The trade show for the gaming industry concluded on Thursday.

“We’ve got almost 1,000 machines on schedule to install in seven different parties [casinos in Macau],” Ms Zhao said. The exact timing of the installation – and whether it would be this year or the next – would depend on each casino’s own strategy, it was said at the briefing.

“Even though the VIP market is slow, all the casinos are really focused on the mass market. So, from our point of view, it is still growing very fast and all the operators see the big potential” of electronic table games (ETGs), said Ms Zhao. She added that a few operators in Macau were even creating more space for additional installations of such ETG products.

In February, Paradise Entertainment announced that it had installed 70 of LT Game’s Live Multi Game (LMG) terminals at Casino Diamond – a venue operating under the gaming licence of Macau casino operator SJM Holdings Ltd. That was followed by the deployment in March of 50 LMG terminals at the Flamingo Slot Club at Macau Fisherman’s Wharf.

LT Game’s COO said the firm is also “very busy” with expansion overseas this year, although those markets are now going to be served by global gaming supplier International Game Technology Plc (IGT).

Ms Zhao described the deal as “basically a partnership”, noting that it does not mean that LT Game will slowly abandon the ETG business. “We are still in the market and we are working very aggressively,” she stated.

Ms Zhao additionally said that the company is in the final stages of preparation to launch its human-like robot dealer, which was first displayed at the Macao Gaming Show 2015. “Almost everything is ready,” she said. The firm plans to “launch it overseas first,” though it also sees “big potential in the Macau market”.

The robot-dealers might also incorporate face-recognition capabilities, a technology that is being developed with a partner company.

“At this stage, we are using [the technology] for identifying VIP guests and also help the [operators of] casinos find blacklisted people,” Ms Zhao explained, adding that there has been “a lot of interest” for such a product.

“We are very happy about the result and we do think that we can keep the 100 percent market share” in Macau, she said.