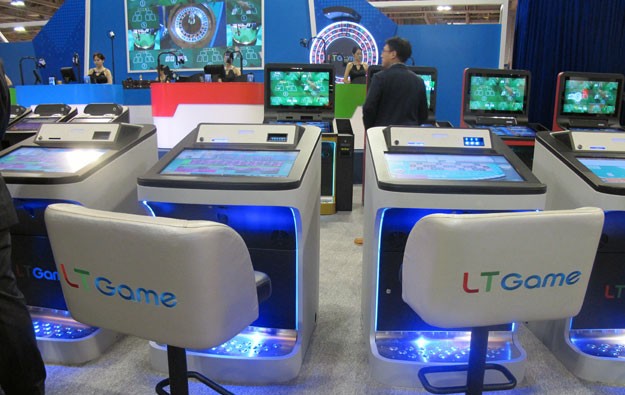 Paradise Entertainment made the announcement in a press release issued on Tuesday.

According to the release, “Inspired will offer virtual sports on LT Game’s ETG terminals in Macau and LT Game will become the exclusive distributor of Inspired’s virtual sports in Macau.”

Paradise stated that this was “the first deal of its kind in Macau”. The firm added that “Virtual Horse Racing” would be the first Inspired game to be featured in LT Game’s ETGs, followed by “Rush Football” and “Rush ‘Tyson’ Boxing”.

The release did not mention whether Macau’s gaming regulator – the Gaming Inspection and Coordination Bureau, also known by its Portuguese acronym DICJ – had already approved any of Inspired’s products for delivery in Macau.

“We continuously strive to bring in new gaming concepts to casino operators, to drive play with captivating content, and to offer our players the most cutting-edge gaming experiences,” Jay Chun, chairman and managing director of Paradise Entertainment, was quoted as saying in the release.

“This deal is an important one for Inspired as we continue to grow our global footprint in virtual sports deployment,” stated Steve Rogers, Inspired’s chief commercial officer – digital games.

Inspired is a leading international supplier of virtual sports and server-based video lottery games. According to corporate information, the firm currently operates more than 25,000 digital gaming terminals and supplies its virtual sports products in more than 30,000 venues and on over 200 websites in 30 countries.

The company is best known for its strong presence in server-based games in Europe. In July, it announced the installation of virtual sports terminals in two Las Vegas casinos. Inspired also has a presence in the virtual sports game market in mainland China’s state lottery system and, in 2014, established an office in Hong Kong to expand in other parts of Asia. In that same year, the firm reached a deal to enter the Philippine market.