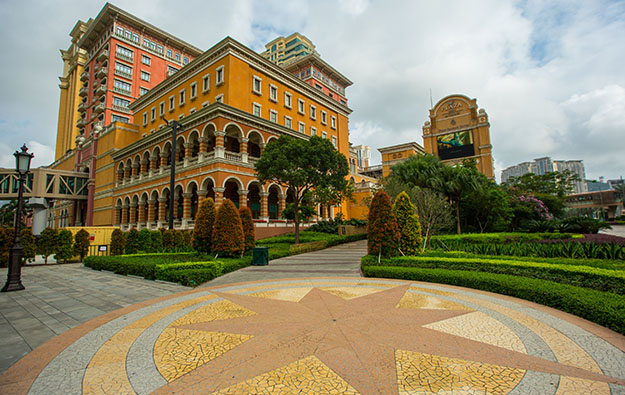 Las Vegas Sands Corp, the parent company of Macau casino operator Sands China Ltd, says the building that will house the Four Seasons Tower Suites Macao has finished construction and that work on installing the suites has begun. The news was part of a disclosure to the New York Stock Exchange on Tuesday.

The disclosure confirms that the Four Seasons Tower Suites Macao will contain about 290 suites. “We have completed the structural work of the tower and have commenced preliminary build-out of the suites,” the company stated. We expect the project to be completed in the first quarter of 2020,” the disclosure added.

In October, Las Vegas Sands said the group is to double the amount it previously announced it would invest in renovating some of its Cotai infrastructure in the next few years. According to data disclosed by the company with its third-quarter results, the group expects to spend about US$450 million between 2018 and 2020 to renovate the Four Seasons tower (pictured).

Announcing the third-quarter results in October, Las Vegas Sands chairman and chief executive Sheldon Adelson said: “We remain supremely confident in the future opportunity in Macau, and have therefore elected to meaningfully increase the scale of our investments in the Four Seasons Tower Suites Macao, St Regis Tower Suites Macao and The Londoner Macao, which will now total US$2.2 billion in investment through 2021.”

Robert Goldstein, president and chief operating officer of Las Vegas Sands, said the company saw “growth in Macau in all segments”. “We see our hotel rooms are knocking out numbers we never anticipated. We think there’s a demand in that market for all kinds of different things including quality hotel rooms,” he told investment analysts.

Las Vegas Sands reported it made a net profit of US$571 million in the third quarter of this year, having made US$569 million a year earlier.