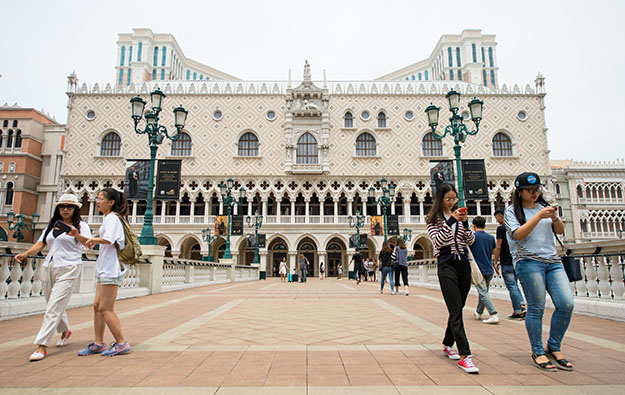 Global casino company Las Vegas Sands Corp reported first-quarter net profit of US$582 million, a 60-percent decrease compared to nearly US$1.46 billion recorded in the same period last year. The data for the first three months of the year was reported after the close of financial markets in the United States on Wednesday.

Las Vegas Sands said the decline in net profit was largely due to decreasing high-end play at its property in Singapore and a “non-recurring legal settlement” of US$96 million.

GGRAsia approached the company to ask whether the latter figure related to the settlement in Nevada in March – for an undisclosed amount of money – linked to litigation that had occurred between Las Vegas Sands Corp and Chinese businessman Richard Suen. That concerned purported assistance to the group in acquiring its Macau gaming licence. A spokesman for the group said on Thursday Macau time it was declining to comment.

Las Vegas Sands’ first-quarter net profit in 2018 had included a one-time, non-cash income tax benefit of US$670 million under the U.S. Tax Cuts and Jobs Act.

Las Vegas Sands has casino resorts in Macau, Singapore, and Las Vegas, Nevada, in the U.S.

Factors affecting first-quarter earnings at Sands China were a US$301-million depreciation and amortisation expense – compared to US$264 million in the first quarter of 2018 – against assets within the group’s Sands Cotai Central resort prior to that property being revamped as The Londoner Macao.

Group wide, interest expenses at Las Vegas Sands Corp were US$141 million for the first quarter of 2019, compared to US$89 million in the prior-year quarter due, in part, to the increased borrowings from Sands China last year.

As of March 31, total group debt outstanding, excluding finance leases, was US$11.98 billion.

“We are pleased to have delivered strong financial results in the quarter, led by consistent growth in the mass and non-gaming segments in Macau,” Las Vegas Sands chairman and chief executive Sheldon Adelson said in a pre-prepared statement released with Wednesday’s results.

Brokerage Sanford C. Bernstein Ltd said in a Wednesday note that Macau EBITDA was “5 percent above consensus and 3 percent above our estimates. Sands China has gained share both sequentially and year-on-year; and both in mass and VIP.”

Las Vegas Sands said mass-market gaming revenue at its 961 tables in Macau had improved by 10.2 percent to US$8,614 a day in the first quarter. For its premium mass-market tables – about 446 in total) the year-on-year growth was 15.9 percent for US$774 million to March 31.

Rolling chip volume – another measure of VIP gambling performance – fell 4.9 percent year-on-year in the first quarter at the Venetian Macao, to US$7.50 billion, from nearly US$7.87 billion.

Mr Adelson, who has been treated for cancer, did not take part in the conference call to analysts to announce the results, but his prepared comments included an insight into the progress of the renovation of Sands Cotai Central.

“Construction and development work on the Four Seasons Tower Suites Macao and the Londoner Macao is progressing,” Mr Adelson said. “We believe our market-leading interconnected Integrated Resort portfolio in Macao, bolstered by our investments in additional luxurious hotel suite offerings, destination retail, MICE capacity and entertainment attractions, positions us exceedingly well to continue to contribute to Macao’s economic diversification and to deliver growth in the years ahead.”

GGR Asia reported last month that work had started on the project to rebrand the Sands Cotai Central property as The Londoner Macao.

In October last year, Las Vegas Sands said the group was to double the amount it previously announced it would invest in renovating some of its Cotai infrastructure in the next few years. The company said it would spend US$2.2 billion in investment in Macau, including about US$1.35 on The Londoner overhaul.

There was no information offered in Wednesday’s results on Sands China’s performance in the VIP segment.

In its results announced on Wednesday, Las Vegas Sands reported quarterly revenue of US$767 million for its Singapore property, Marina Bay Sands. In the first three months of last year, the casino resort – or integrated resort, as Las Vegas Sands calls its casino developments – reported net revenue of US$872 million.

The company said the hotel, retail, convention and mass-gaming segments “exhibited strength”, contributing to US$423 million of adjusted property EBITDA for the quarter. Casino operations added US$544 million last quarter.

“We are also extremely pleased to have reached an agreement with the Singapore Tourism Board to invest an additional US$3.3 billion to expand our Marina Bay Sands Integrated Resort in Singapore,” Mr Adelson reportedly said. “Our investments will include spectacular new attractions including a state-of-the-art arena designed specifically for live musical entertainment and theatrical performances, a luxurious new hotel tower, additional MICE capacity and luxury retail.

Marina Bay Sands will build a fourth tower adjacent to its existing complex in return for an extension – on the basis of the existing duopoly – of its gaming rights in Singapore.

The company plans to build a 15,000-seat arena and a new a luxury all-suite hotel with about 1,000 rooms, topped with a sky roof.

A casino cruise brand reportedly controlled by Malaysian entrepreneur Lim Kok Thay is to launch services from Singapore fewer than five months after the Lim family-founded Dream Cruises brand of the... END_OF_DOCUMENT_TOKEN_TO_BE_REPLACED