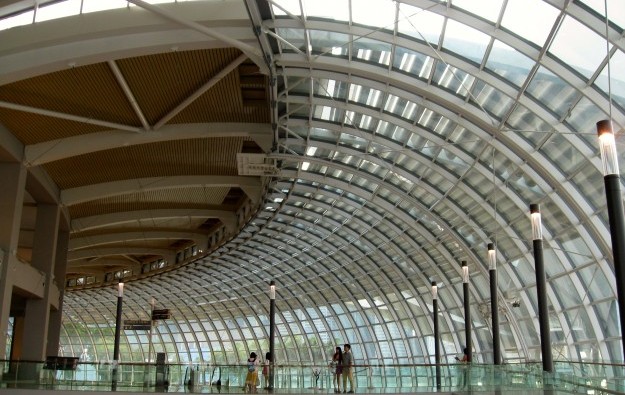 United States-based global casino operator Las Vegas Sands Corp, parent of the firm promoting the Marina Bay Sands casino resort (pictured) in Singapore, confirmed in a Wednesday filing that it had negotiated a new delayed-draw term-loan facility in an aggregate principal amount of up to SGD3.75 billion (US$2.71 billion).

In its second-quarter earnings call in late July, Las Vegas Sands Corp had mentioned it was looking to raise a delayed-draw term loan under the existing Marina Bay Sands credit facility, and that it would be valued at circa US$2.8 billion.

Wednesday’s filing confirmed the newly-raised loan would help “finance project costs associated with the expansion project” for Marina Bay Sands “pursuant to the development agreement” with the Singapore Tourism Board.

The Singaporean government said on April 3 it had agreed to the expansion of the city-state’s two integrated casino resorts. In return for their investment – an aggregate of SGD9 billion – the respective operators would continue to hold a duopoly on casino gambling in Singapore through to 2030, it added at the time. The other operator in the duopoly is Genting Singapore Ltd via its Resorts World Sentosa property.

Robert Goldstein, president and chief operating officer of Las Vegas Sands Corp, said in the group’s July earnings call it hoped part of its US$3.3-billion expansion project for Marina Bay Sands would be “in operation” by January 1, 2024.

The amended agreement also allows for an original SGD5.1 billion lending facility arranged in 2012 to have a new termination date – August 31, 2026.

The updated agreement also increased the amount of revolving credit commitments available under a separate credit facility by SGD250 million to a total of SGD750 million. The termination date was also extended to February 27, 2026.

Under the fresh arrangements, the loans bear interest fixed at 1.65 percent per annum until September 30, 2020 and thereafter in the range of 1.15 percent to 1.85 percent per annum, based on the borrower’s consolidated leverage ratio.

Under the Third Restated Facility Agreement, the borrower must “comply with a maximum consolidated leverage ratio of 4.50 to 1.00 as of the last day of each fiscal quarter from the closing date until twelve months following the date in which a temporary occupation permit is issued with respect to the Marina Bay Sands expansion project,”said Wednesday’s filing to the New York Stock Exchange.

Las Vegas Sands is also the parent of Macau licensee Sands China Ltd, and is also in pursuit of a casino licence in Japan, where analysts expect the parent would need to spend billions of U.S. dollars to build a new resort.

It is likely that Macau will shortly have a third round of citywide centre-based Covid-19 testing in little more than a week, after the results so far of a second mass test – that was due to finish... END_OF_DOCUMENT_TOKEN_TO_BE_REPLACED