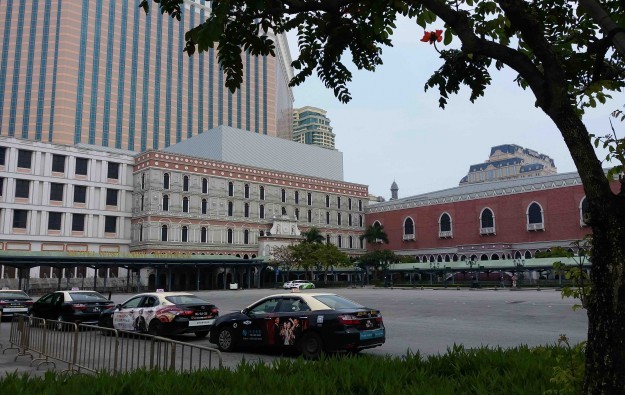 Macau casino operator Sands China Ltd slipped back to negative adjusted earnings before interest, taxation, depreciation and amortisation (EBITDA) in the first quarter, and generated a net loss of US$336 million, according to an announcement on Wednesday by the parent company, U.S.-based Las Vegas Sands Corp. The parent generated positive quarterly adjusted EBITDA in its Singapore operation, albeit down year-on-year, it said in the earnings statement.

Las Vegas Sands reported a US$2.53 billion profit in the three months to March 31, compared to a US$278-million loss in the same quarter of 2021. The improvement was driven mainly by a nearly US$2.91 billion gain – net of tax – on disposal of a discontinued asset, namely its Las Vegas, Nevada operation, in the United States.

The group’s net loss from continuing operations in the first three months of 2022 was US$478 million, compared to US$280 million in the first quarter of 2021.

Under U.S. generally-accepted accounting principles (GAAP), total net revenues for Sands China – which runs a collection of properties including the Venetian Macao (pictured) – decreased to US$547 million, compared to $771 million in the first quarter of 2021. The net loss for Sands China was US$336 million, compared to US$213 million in the first quarter of 2021.

“While pandemic-related restrictions continued to impact our financial results this quarter, we were able to generate positive EBITDA at Marina Bay Sands in Singapore, and for the company as a whole,” said Robert Goldstein, the group’s chairman and chief executive, as cited in the parent’s release.

He added: “We remain enthusiastic about the opportunity to welcome more guests back to our properties as greater volumes of visitors are eventually able to travel to Macau and Singapore.”

On February 23, Las Vegas Sands closed the sale of its Las Vegas real estate and operations, and received approximately US$5.05 billion in cash proceeds, before working capital adjustments, transaction costs and income taxes.

The company said that in addition, it provided US$1.20-billion in seller financing in the form of a six-year secured term loan.

Andrew Lee, an analyst at Jefferies Group LLC, said in Wednesday memo that Sands China’s quarterly EBITDA had “returned to the red and missed consensus estimates”.

He added: “Management expects strong recovery in 2023 with the [Macau] gaming licence re-tendering process to begin from August and conclude before year-end.”

“Macau gaming revenue is tracking below our forecasts,” with the upcoming Labour Day holiday period encompassing May 1, “likely to be a non-event,” added Mr Lee.

The analyst added, referring to the mainland China province next door to Macau, that although “there were no local infections in Guangdong on April 26,” the brokerage expected visitor volume to Macau “to remain weak until Beijing and Shanghai local infections are under control”.

Macau casino services firm Macau Legend Development Ltd says that a review conducted by an independent consultant “did not note any irregularity” in the dealings between the company and... END_OF_DOCUMENT_TOKEN_TO_BE_REPLACED