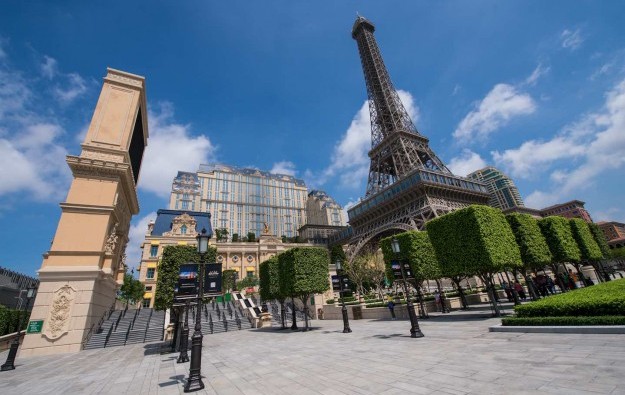 Global casino operator Las Vegas Sands Corp reported a year-on-year increase of 61.9 percent in net income in the second quarter of 2017 to US$638 million. The quarterly results were driven by strong performance at its Macau and Singapore subsidiaries, the firm said on Wednesday.

“We are pleased to have delivered a strong set of financial results during the quarter, led by another quarter of growth in Macau and a record-setting performance in Singapore,” said Sheldon Adelson, the group’s chairman and chief executive, in a prepared statement.

According to Wednesday’s results, Macau-based Sands China Ltd was able to expand its revenues in the premium mass segment “by nearly 40 percent” in the second quarter of 2017, while mass gaming revenues overall grew by 22.5 percent.

“Strong mass revenue growth, coupled with higher hotel occupancy and growth in the VIP segment all contributed to a 23-percent increase in our adjusted property EBITDA in Macau, which reached US$600 million in the quarter,” said Mr Adelson.

Sands China’s property EBITDA “was broadly in line” with market expectations, said Morgan Stanley Research in a note on Wednesday.

Venetian Macao’s casino revenue increased 3.2 percent year-on-year, to US$586 million. The property recorded rolling chip volume of US$5.17 billion for the period, down 24.7 percent from the prior-year period. Rolling chip win for the second quarter stood at 3.61 percent, above the expected range and the 2.73 percent experienced in the prior-year quarter.

In the second quarter of 2017, there were approximately 19 percent fewer rooms available at Venetian Macao, mainly due to renovation work.

During a conference call with analysts, the management of Las Vegas Sands said the firm was currently rejigging the hotel accommodation in the 3,000-room Parisian Macao to appeal to upper-end mass-market gamblers, with the revamped accommodation “coming on board in early 2018” and the renovation work completed “by the end of 2018”.

Las Vegas Sands has earmarked a total of approximately US$1.05 billion in capital investment globally for 2017, including US$500 million for maintenance and US$275 million for refurbishment of the Parisian Macao, according to the firm’s presentation on Wednesday.

“Increasing hold at Parisian Macao over the next few quarters will be a key potential value driver,” said brokerage Sanford C. Bernstein Ltd.

“Reconfiguring the room inventory to a larger percentage of suite product (will be done in phases and potentially to be completed by autumn of 2018) and adding additional casino area restaurant space, should help with improving hold as length of customer stay and value of customer increases,” said analysts Vitaly Umansky, Zhen Gong and Yang Xie in their Thursday note.

Casino GGR in Macau’s VIP segment rose 34.8 percent year-on-year in the second quarter, according to data released earlier this month by the local regulator, the Gaming Inspection and Coordination Bureau.

During a conference call with analysts, the management of Las Vegas Sands highlighted again that VIP strength in the Macau market is benefitting premium mass “as it provides liquidity to players”.

Marina Bay Sands in Singapore – also part of the property portfolio of Las Vegas Sands – generated revenue of US$836 million in the second quarter of 2017, up 17.7 percent compared to the prior-year period. Adjusted property EBITDA was US$492 million, an increase of 37.8 percent from a year earlier.

Rolling chip volume for the Singapore unit was US$8.71 billion for the quarter, a year-on-year increase of 29.2 percent. Non-rolling chip drop was US$911 million during the April to June period, down by 2.7 percent in year-on-year terms. Total mass win-per-day during the quarter was US$4.42 million, slightly below the same quarter last year. Slot handle increased 4.9 percent to US$3.40 billion.

Robert Goldstein, president and chief operating officer of Las Vegas Sands, said in the conference call with investment analysts on Wednesday that the results in Singapore “reflect the many opportunities that we have to drive our business at Marina Bay Sands”.

“There is nothing new there [in Singapore] in terms of marketing strategies, what we are doing is reducing commissions in the rolling segment to enhance our profitability and our margins,” said Mr Goldstein. “We successfully keep pushing back on the commissions and testing the waters to see how far we can go … And we played lucky, we had a lot of luck this quarter, probably about US$100 million of increased hold,” he added.

China has moved one step closer towards reopening, by relaxing some its Covid-19 control measures, with most infected people now able to quarantine at home rather than in state-sanctioned... END_OF_DOCUMENT_TOKEN_TO_BE_REPLACED