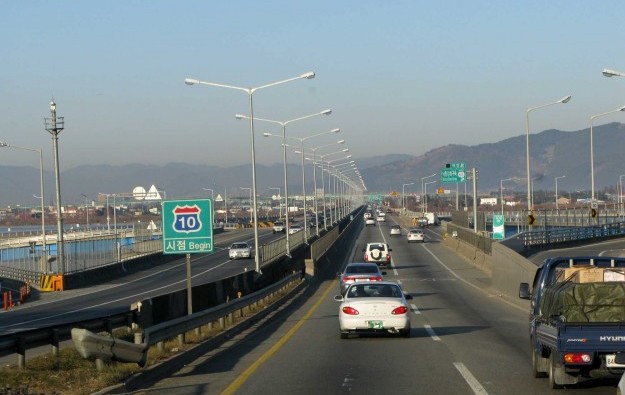 “The best location for [the] Sands group to invest in is Busan. We are willing to move in as soon as investment conditions are met,” said George Tanasijevich, in his role as managing director of global development for Las Vegas Sands, as quoted by the Korea Economic Daily newspaper.

He added in his latest published interview: “[Busan] has an unlimited growth potential for its location – lying between Japan and China – but is now suffering in obscurity due to lack of enough five-star hotels and exhibition and convention venues.”

The executive said Las Vegas Sands was willing to invest between KRW5 trillion (US$4.5 billion) and KRW12 trillion in Busan.

“If Busan really aims to become an international tourism city, we can do so by enlisting investors, just like Singapore, that raised its profile as a premier tourist destination by increasing foreign tourist numbers from 9.2 million in 2009 to 15 million in 2015, and creating 46,000 jobs in the process,” Mr Tanasijevich was quoted as saying.

Development of a casino resort in Busan could be a “catalyst to tourism” if pursued in partnership with “international experienced operators”, said Glenn McCartney, assistant professor of hospitality and gaming at the University of Macau. He made the comments at the 1st Global Busan Tourism Forum held in the city in June.

Mr Tanasijevich reiterated in his latest comments that – for such a casino resort investment to be viable – locals should be allowed to gamble in the casino, namely on similar terms to those granted to Singapore’s casinos by the Singapore government.

A number of investment analysts have noted that allowing locals to gamble in South Korean casinos other than Kangwon Land would require adjustments to the existing regulatory framework – even if there were some forms of social safeguard applied, such as an entry levy.

There are currently several new foreigners-only gaming projects under construction in South Korea. But those projects “will have difficulty achieving robust returns on investments” due to the inability to serve local gamblers, Fitch Ratings Inc said in a note in March.

Macau’s Court of Final Appeal announced on Monday sentences in relation to a total of nine cases concerning debt claims involving junket operators based at local casinos. In all the cases, the... END_OF_DOCUMENT_TOKEN_TO_BE_REPLACED