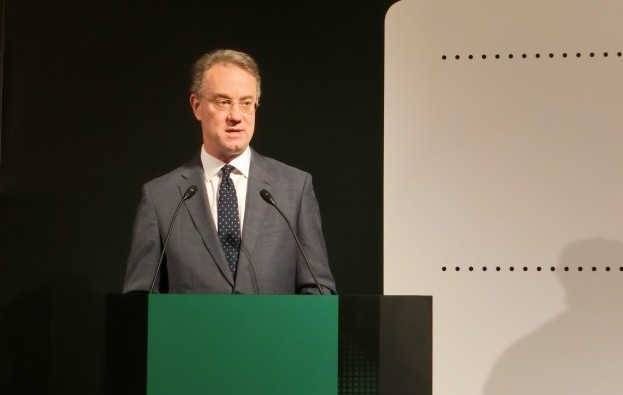 Las Vegas Sands Corp is only in the running for a big-city Japan casino licence, said the group’s managing director of global development, George Tanasijevich (pictured), in an interview with GGRAsia.

Only a maximum of three licences are to be allowed in the first stage of market liberalisation, and it has been reported one of those was likely to go to a smaller regional centre.

Mr Tanasijevich told us the United States-based group – also the parent of Macau casino operator Sands China Ltd – was committed to a “comprehensive and compelling” bid for Osaka. He confirmed Las Vegas Sands’ participation in Osaka’s request for concept process, which started on April 25 and finished on Friday (May 24).

The executive – who is also president and chief executive of Marina Bay Sands, the group’s Singapore casino resort – spoke to GGRAsia on the sidelines of the recent Japan Gaming Congress 2019 in Tokyo.

He described Osaka as the group’s “number-one objective” for a Japan integrated resort or “IR” as they are known in that country. Las Vegas Sands’ experience in non-gaming operations – particularly meetings, incentives, conferences and exhibitions (MICE); and entertainment – would enable it to make a strong proposal, said the executive.

“We need to be in a major urban metropolitan area to be able to build a strong and substantial MICE business, for instance, and [for] the scale and the diversity of the entertainment that we bring in,” said Mr Tanasijevich.

Such a resort would need to be easily reached from “major metropolitan areas, large population bases,” he further stated. “So that’s really what our focus is and our intent,” he added.

During a speech at the conference, he had mentioned Osaka, Tokyo and Yokohama as offering the kind of scale in which Las Vegas Sands was interested.

Regional centres could still have “successful integrated resorts,” he noted. “It’s just that our scale of investment and our type of operation wouldn’t be appropriate for those locations.”

Japanese media outlets have reported that the Osaka authorities’ plan requires a JPY930-billion (US$8.5 billion) investment in a casino resort. Under the Osaka RFC, each submission had to include a number of core attributes as identified by the national government in ordinances on March 26. They were: convention capacity; exhibition space; an attraction to promote to the world Japan and its culture; ability to function as a tourism gateway to other parts of the country; and a large-scale hotel.

“We believe that Osaka is going to be moved forward as quickly as possible” once the national government’s ‘basic policy’ guidelines are issued, and the casino management commission is set up, said Mr Tanasijevich.

“We think our business model fits in perfectly there [in Osaka]; that we can satisfy all of the [local and national] government objectives and goals, and we are going to put together a very comprehensive and compelling bid,” the executive told us.

It has been widely reported that international casino firms would need to team with local partners in order to get a Japan casino licence. Mr Tanasijevich declined to discuss that aspect of the Japan effort. But he had noted during his presentation at the conference, that Las Vegas Sands would not be “comfortable” were it to be restricted to a minority investment in a Japan IR project.

In early 2017, the casino firm’s chairman and chief executive Sheldon Adelson had mentioned that a Japan casino resort could cost up to US$10 billion to build.

GGRAsia asked Mr Tanasijevich if there was any update on that estimate. He told us: “There is still more detail for us to learn before we can finalise our thinking on it.”

The group’s experience of operating in Las Vegas, Nevada in the U.S., in Macau and in Singapore gave it a strong push in a Japan bid, Mr Tanasijevich noted.

“The MICE side of it… is a key element of our credentials.” He added, regarding the entertainment side of resort operations: “There is no IR operator who has a bigger entertainment operation than we do: we have more seats, we have more venues, and we have sold more than anybody else.”

The executive further stated: “The experience that we had in operating that part of our business, I think, is going to be very important here in Japan.”

He noted: “The relationships that we have across the globe with the best and the brightest of brands and suppliers and consultants allow us to put together something that is really compelling, and pay for it. Because our balance sheet is the strongest in the industry, that positions us I think, in such a way that others just can’t compete.”

A Macau court was offered evidence on Monday, including of recordings from police-wiretapped telephone conversation, that the prosecution says proves the direct involvement of Levo Chan Weng Lin... END_OF_DOCUMENT_TOKEN_TO_BE_REPLACED