LVS to invest more in Singapore after Vegas sale: Dumont 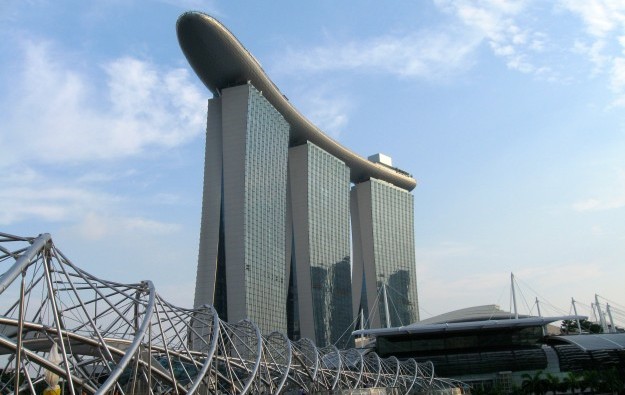 The casino group announced last week that it would sell off its Las Vegas gaming and non-gaming assets for US$6.25 billion. The sale deal includes the Venetian Resort Las Vegas, and the Sands Expo and Convention Center.

Mr Dumont told investors that the company was keen in investing more in Singapore given the return profile of that market.

“Given the Las Vegas transaction, we are looking to invest more in Singapore at this point,” said the executive. “We are very privileged to have reached an agreement for a new development there, for expanding” Marina Bay Sands, he added.

Las Vegas Sands is to invest an additional US$3.3 billion to expand Marina Bay Sands in return for an extension – under the existing duopoly – of its gaming rights in Singapore.

The company will build a fourth tower adjacent to its existing complex. The expansion plans also include a 15,000-seat arena and a new a luxury all-suite hotel with about 1,000 rooms, topped with a sky roof.

“We are very focused on Marina Bay Sands. We also intend to invest significantly in the existing towers, to ensure that [the property] remains competitive in the future,” stated Mr Dumont.

Robert Goldstein, Las Vegas Sands’ chairman and chief executive, said also on the JP Morgan forum that the company was “eager to deploy capital and reinvest” in Macau and Singapore, “where the return on investment is higher than in Las Vegas.”

“I believe the Macau government, as part of the licence renewal process, will come to us and mandate, or ask us, to spend more dollars, large capital dollars to grow our business, which we would be delighted to spend as much as they want,” said Mr Goldstein.

Macau’s current six gaming licences expire in June 2022. The city’s Chief Executive can extend the existing concessions for an aggregate of up to five years, as allowed under the current gaming law.

“We believe Macau is a big growth market for us, far beyond what we were doing previously. We would love to deploy more capital in that market,” stated the CEO.

Mr Goldstein also said the company would be willing to invest capital in revamping part of its existing portfolio in Macau, or even developing a new property.

“It depends on how the [Macau] government views it. I’m not sure they will allow more casinos, but could be more non-gaming” assets, said the executive. He added that such new development could be in the group’s existing land or new plots to be granted by the government.

Mr Goldstein stated: “We don’t worry about Macau licence issues. We have full confidence in our Macau licence, and I think we will continue to be in Macau for many decades to come.”

The CEO said additionally that the sale of the company assets in Las Vegas would allow the group to explore other business opportunities, either in the United States, Asia or online gaming.

“We think there may be more opportunities in other markets in Asia. We’ve pulled out of Japan, but there might be something else happening in Asia that is opportunistic,” said Mr Goldstein.

Spectrum Gaming Group LLC, a specialist consultancy on probity and legal compliance in the regulated casino sector, has issued its “Top Ten Trends To Watch for 2023”, including likely events in... END_OF_DOCUMENT_TOKEN_TO_BE_REPLACED