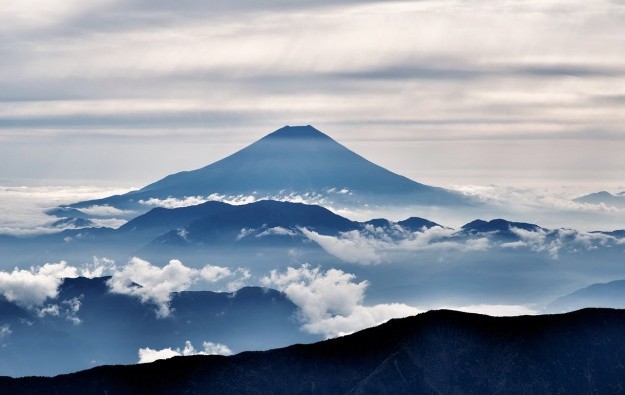 It is unlikely that United States-based casino operator Las Vegas Sands Corp (LVS) would forever rule out an investment in Japan, notes a new report on the progress of gaming liberalisation in that nation.

“If it makes business sense, [Las Vegas] Sands will for sure be back. They did not leave Japan… forever,” suggests the report from Bay City Ventures Ltd, a Japan-based marketing consultancy.

The consultancy’s managing director Joji Kokuryo is identified as the report’s author. He is a Japanese national with management experience in the gaming industry, including a stint in the Macau market. According to Mr Kokuryo’s biography, he is also a founding member and technical advisor for the International Gaming Standards Association Japan.

Sheldon Adelson, the chairman and chief executive of Las Vegas Sands, said in a May press announcement, that what he termed the “framework” for development in Japan of a gaming complex or integrated resort (IR) as they are known there, had made the firm’s goals there “unreachable”.

Commentators told GGRAsia at the time that the firm’s decision to pull out of the Japan race was in likelihood because there were too many unknowns in the Japan regulatory and business environment. They included that the national basic policy on IR business had not yet been published.

Las Vegas Sands had been strongly linked with a possible Yokohama scheme. At that time, Tokyo – a prized market for international casino operators according to commentary from industry observers – had not declared any interest in hosting an IR. But in April, another consultancy firm, Global Market Advisors LLC, said in a report it was “not a matter of if, but when” Tokyo would announce itself as a contender to host a casino resort.

Yuriko Koike, the incumbent governor of Tokyo, won re-election on Sunday with nearly 60 percent of the vote.

In common with most major casino operators, Las Vegas Sands has seen its revenues tumble amid the global decline of tourism and travel caused by the Covid-19 global health crisis. Costs of US$10 billion for a Japan resort were mentioned by some operators prior to the crisis, although how that might be divided between international operators and any local partners has still to be clarified.

A total of three resorts will be permitted in a first phase of market liberalisation.

Bay City Ventures’ latest report addressed the national basic policy topic in a review of progress on the liberalisation timetable.

The first half of 2021 is currently earmarked as the time for local governments to make applications to the national authorities for the right to host an IR, with a deadline of July in that year.

The local governments and IR partner candidates had been “moving forward” toward that deadline, “without a final version” of the IR basic policy by the national government, “assuming that there will not be wholesale changes to the draft” released in September last year, noted the consultancy.

It said additions to what had already been aired in the draft policy were likely to be items on: corporate compliance, transparency guidelines for government-and-operator communication, “additional gambling addiction measures,” and “new safety guidelines”.

The national government has already said that in the light of disruption to business and commerce in Japan caused by Covid-19, it is seeking information from candidate cities and prefectures about the status of their bidding preparations.

Bay City Ventures noted in its report, offering reasons why the national government has not so far suggested a change to the IR national application timetable: “Traditionally in Japan, the central government will not make a change to existing national plans without listening to the opinions of the local governments that are directly affected.”

It added: “At this time the central government will not make a one-sided decision without considering all of the local opinions and situations.”

The possibility of a schedule change in the national timetable “lies in the findings” of the current investigations, said Bay City Ventures.

Macau’s casino gross gaming revenue (GGR) for the first five days of February is estimated at MOP1.9 billion (US$235.1 million) – or MOP380 million per day – a level that suggests a “45... END_OF_DOCUMENT_TOKEN_TO_BE_REPLACED