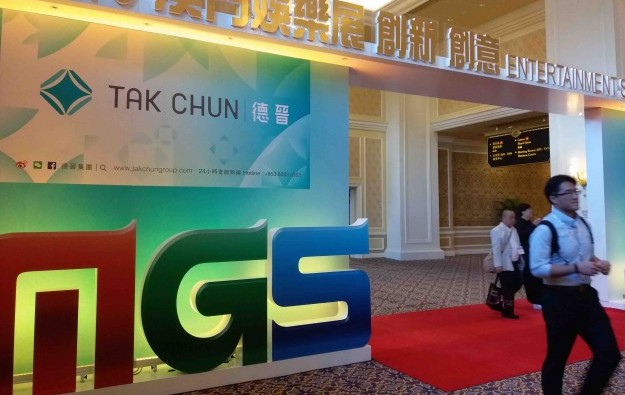 Visitor attendance for this year’s edition of the Macao Gaming Show, a regional casino industry trade exhibition and conference held in the city, was the highest in the four-year history of the event, according to figures from the organiser.

The Macao Gaming Show 2016 welcomed a total of 14,847 visitors, the convenor, the Macau Gaming Equipment Manufacturers Association, stated in an emailed reply to GGRAsia.  The association is chaired by Jay Chun, who is also the chairman of Hong Kong-listed casino electronic games maker and supplier, Paradise Entertainment Ltd.

When speaking to GGRAsia last week the day after the 2016 show, Mr Chun had said he agreed with some exhibitors that complained the trade visitor traffic was not satisfactory. But he said the event had still managed to attract quality buyers.

The annual trade event made its debut at the Venetian Macao casino resort in 2013, and has been held there ever since.

This year’s edition of the Macao Gaming Show had been branded ‘MGS Entertainment Show – Creativity and Innovation’. Mr Chun told us at the opening ceremony of the show that this year’s event had attracted a total of 195 exhibitors.

The 195 exhibitors were from 24 countries and regions. A total of 87 percent of those exhibitors would like to return for next year’s edition, the trade show organiser told GGRAsia in Friday’s email.

The next edition of the Macao Gaming Show will take place in November 2017, Mr Chun told us last week, adding the organiser would aim to improve the programme for qualified buyers.

Macau’s casino gross gaming revenue (GGR) for the first five days of February is estimated at MOP1.9 billion (US$235.1 million) – or MOP380 million per day – a level that suggests a “45... END_OF_DOCUMENT_TOKEN_TO_BE_REPLACED