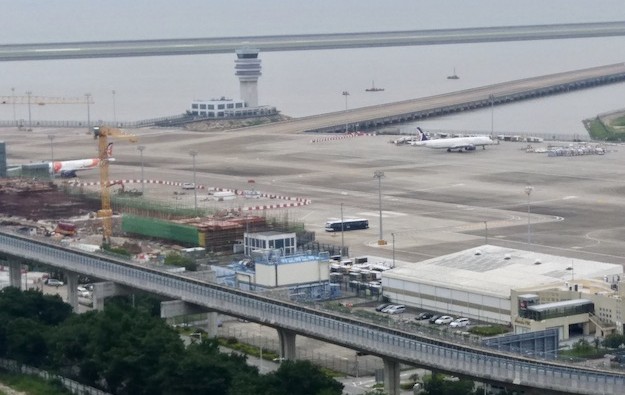 Macau is to have a 14-day ban on air travel from outside China to Macau, starting from after the stroke of midnight on Sunday (January 9), and running until 11.59pm on January 23, according to a Wednesday announcement of the city’s Novel Coronavirus Response and Coordination Centre.

The step was “in order to reduce a possible risk associated with Covid-19 for public health in Macau,” said the government body in a statement.

Health official Leong Iek Hou confirmed on Thursday to public broadcaster TDM, that air travel from Taiwan was not affected by the ban.

The move regarding overseas flights, stems from powers under Decree-Law No. 81/99/M, and Law No. 2/2004, the latter concerning the Prevention, Control and Treatment of Infectious Diseases.

Wednesday’s announcement coincides with recent cases of highly-transmissible Omicron-variant Covid-19 infection identified among a number of air travellers returning to Macau from overseas.

The first such case was detected in a male Macau ID holder returning from the United States via Singapore, on Christmas Day.

Under Macau’s “closed loop” system for managing Covid-19, all air travellers from overseas have been immediately placed in quarantine whether or not they have tested ‘positive’ on arrival.

Stricter quarantine measures for inbound travellers from places deemed “very high risk”, covering an aggregate of 22 countries, came into effect on Thursday, January 6. The new rules were announced on December 30 by the Macau authorities.

Prior to their departure to Macau, travellers from these high-risk areas are required to present a proof of three ‘negative’ Covid-19 nucleic acid test results issued within five days and at least 24 hours apart. These travellers are now subject to a 28-day quarantine on arrival in Macau, according to the city’s health authorities.

Most of Macau’s casino operators are likely to generate positive free cash flow in the first quarter, given the robust recovery level of mass-market gross gaming revenue (GGR) in January, relative... END_OF_DOCUMENT_TOKEN_TO_BE_REPLACED