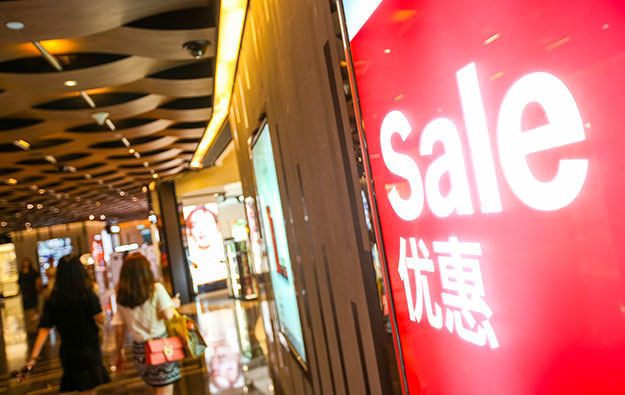 The aggregate value of Macau retail sales fell 61.3 percent year-on-year in the second quarter, to MOP6.92 billion (US$866.9 million), from nearly MOP17.89 billion in the same period of 2019. The lacklustre performance has had a negative impact on the operations of the city’s casino firms, as shown by their respective earnings results.

The information on retail sales was given by the city’s Statistics and Census Service in a Monday announcement.

The decline coincided with a sharp fall in the volume of tourists to Macau during regional travel restrictions linked to the Covid-19 pandemic. In the first six months of 2020, visitor arrivals to Macau totalled nearly 3.27 million, down 83.9 percent year-on-year.

Judged quarter-on-quarter, Macau retail sales fell 38.0 percent in the three months to June 30 this year, compared to the MOP11.16 billion recorded in the January to March period.

Casino operator Las Vegas Sands Corp – which runs the Sands China Ltd casino group in Macau – said in a July filing it had waived about US$170 million in rents to mall tenants in the first six months of this year, mainly to ones in its Macau and Singapore properties, “in response to the Covid-19 pandemic”.

The latest data for citywide retail sales in Macau pushed the first-half performance to an aggregate 52.8 percent decline year-on-year.

The only retail category that showed growth in value of sales – in either the second quarter or the half year – was the supermarket trade. It registered a 13.7 percent second-quarter gain year-on-year, to MOP1.28 billion. The aggregate first-half gain was 14.3 percent, to MOP2.74 billion.

The watches, clocks and jewellery shopping segment – commonly popular with tourists – saw the sharpest year-on-year contraction seen in any of the 11 shopping categories recorded by the Macau government.

The segment registered sales of MOP463 million in the second quarter, down 87.3 percent. Judged quarter-on-quarter, watch, clock and jewellery sales in the three months to June 30 were down 74.1 percent on the MOP1.79 billion achieved in the first three months of 2020.